Too Much TV Time May Lower Colorectal CA Survival Odds 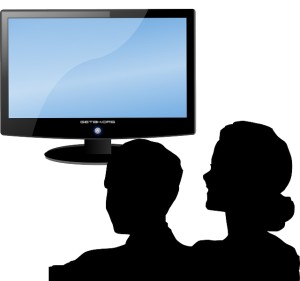 TUESDAY, Dec. 9, 2014 (HealthDay News) — Watching too much television may lower odds of survival after colorectal cancer, new research suggests. The findings were published online Dec. 8 in the Journal of Clinical Oncology.

Hannah Arem, Ph.D., of the U.S. National Cancer Institute in Rockville, Md., and colleagues analyzed data that had been collected for an earlier study. The initial investigation had included 566,398 men and women between the ages of 50 and 71, all of whom had completed an initial health and lifestyle questionnaire at some point between 1995 and 1996. All were asked to indicate the degree to which they had routinely participated in moderate to vigorous “leisure-time activity” on a weekly basis over the past decade. In the new analysis, the researchers honed in on nearly 3,800 participants who went on to be diagnosed with colorectal cancer. On average, the diagnoses had occurred approximately five years following completion of the initial survey.

The study team also found that those patients who routinely watched no more than two hours of television per week before diagnosis faced a 22 percent lower risk of dying from any cause than those who watched five or more hours per week. “The take-away message from our study is that both minimizing television viewing, to less than two hours per day, and increasing exercise, to four-plus hours per week, were associated with lower mortality risk among colorectal cancer survivors,” Arem told HealthDay.