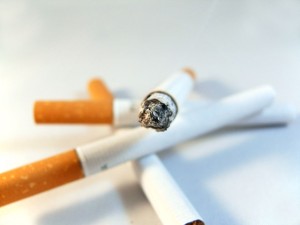 TUESDAY, Dec. 9, 2014 (HealthDay News) — Despite large declines in smoking rates, cigarettes still cause about one-third of cancer deaths in the United States, according to a new study.

“Our results indicate that cigarette smoking causes about three in 10 cancer deaths in the contemporary United States. Reducing smoking prevalence as rapidly as possible should be a top priority for U.S. public health efforts to prevent future cancer deaths,” researchers from the American Cancer Society wrote.

The study appears in the journal Annals of Epidemiology.

More than 30 years ago, a groundbreaking study concluded that 30 percent of all cancer deaths in the United States were caused by smoking. Since that time, no new estimate of this percentage has been published in the scientific literature, the current study’s authors noted.

The researchers said the rate of smoking-related cancer deaths in 2010 is higher than the rate three decades ago. But they said that doesn’t mean falling smoking rates have not helped reduce cancer deaths.

Rather, other factors contributed to the higher rate in 2010. Those factors include an increasing number of cancers known to be caused by smoking, rising lung cancer death rates among women smokers, and progress in reducing deaths from cancers caused by factors other than smoking, the researchers said.

The U.S. Department of Health and Human Services outlines the health risks of smoking.