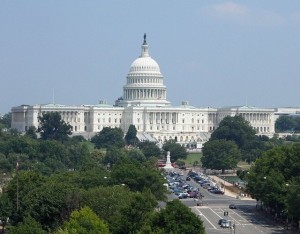 The elections are over and Congress is back in Washington to finish remaining legislative business for the year. Urge Congress to stop enacting temporary patches and permanently repeal Medicare’s flawed Sustainable Growth Rate (SGR) physician payment formula once and for all.

Tell Congress that NOW is the time to move toward a Medicare program that supports physicians for providing high-quality, patient-centered health care.

Without congressional action, the SGR formula calls for a 21 percent cut to physician payments when the current short-term patch expires March 31, 2015. This is on top of the 2 percent sequestration cut that began in 2013, as well as the various penalties physicians may face for nonparticipation in various Medicare programs.

Congress needs to avert these cuts and eliminate the formula that leads to this annual crisis. Physician payment reform would prevent a loss of $470 million for the care of the elderly and disabled patients in Pennsylvania alone.

Cuts of this magnitude will worsen access problems, make it extremely difficult for physicians to pay for office space and other expenses, and may lead to staff layoffs. Just in Pennsylvania, the jobs of 161,232 medical practice employees, as well as access to care for 2,350,558 Medicare patients and 168,228 Tricare patients, are at risk due to these cuts.

Earlier this year, Congress came close to passing bipartisan legislation—the SGR Repeal and Medicare Provider Payment Modernization Act of 2014 (H.R. 4015/S. 2000)—that would have permanently fixed the SGR crisis. Despite strong advocacy for permanent repeal from many in the medical community, including PAMED, Congress passed their seventeenth temporary patch to avert the 24.1 percent cut that physicians were facing on March 31, 2014, as a result of the broken SGR formula.

While H.R. 4015/S. 2000 has stalled, according to the American Medical Association, lawmakers on both sides are expressing new optimism that the bill could pass in the lame duck session before the year is over.

We need your help to reach out to your lawmakers to encourage them to continue working in a bipartisan manner. But, time is running out and Congress needs to hear from physicians that the passage of H.R. 4015/S. 2000 before the end of the year is a top priority.

No more patches, no more bandaids, no more excuses. Remind Congress that they have unfinished business on repealing the SGR and designing a new Medicare physician payment system that rewards physicians for providing quality health care. Urge them to pass H.R. 4015/S. 2000, permanently repeal the SGR, and transform the Medicare program.