High School Football Tied to Brain Changes, Even Without Concussion 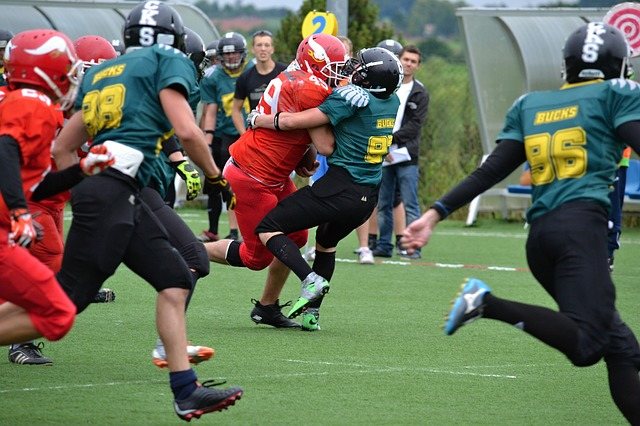 MONDAY, Dec. 1, 2014 (HealthDay News) — There’s been a lot of discussion recently about concussions and contact sports, but new research suggests that even less severe head injuries might lead to brain changes among high school football players.

The study found that repeated blows to the head after just one season could cause measurable changes in the brains of young athletes who never had a concussion.

The more often the athletes were hit, the more evidence they showed of brain changes that appeared abnormal, according to the study’s author, Dr. Christopher Whitlow, an associate professor at the Radiology Translational Science Institute at Wake Forest Baptist Medical Center in Winston-Salem, N.C.

“It’s not the harder the hit, it’s the cumulative exposure to impact,” Whitlow explained.

The study involved 24 high school football players between 16 and 18 years old. None of these athletes had ever experienced a concussion. During every practice and game, the participants wore helmet-mounted accelerometers, which tracked how often and how hard they were hit.

Using an advanced brain imaging technique, known as diffusion tensor imaging (DTI), the researchers then looked for changes in the white matter of the players’ brains.

White matter is made up of millions of nerve fibers that work like communication cables connecting various parts of the brain. DTI provides a measurement of the movement of water along these nerve fibers, known as fractional anisotropy (FA).

In a healthy brain, the movement of water is even and has high FA. More random water movement and a drop in FA, however, suggest brain abnormalities.

Although none of the players sustained a concussion, by the end of the season the players in the heavy-hitter group had more significant decreases in FA in certain parts of the brain than those in the light-hitter group, the researchers noted.

There is mounting evidence that repeated hits to the head — including those that do not result in concussion — may be cause for concern, according to Dr. Robert Stevens, an associate professor in the division of neuroscience critical care at the Johns Hopkins University School of Medicine in Baltimore.

“Even though this type of impact doesn’t qualify for a diagnosis of concussion because there was no loss of consciousness or specific complaints, it’s very likely that multiple hits are not benign,” he said. “We can speculate that any amount of brain damage isn’t good, but the risky part is that changes are not likely to be dramatic.”

Unlike the obvious and immediate effects of a stroke, such as paralysis or the inability to speak, the cumulative effects of mild brain injuries could be much more subtle, involving things like concentration, attention or memory, and would likely not be detectable using conventional bedside testing, Stevens explained.

Although their findings raise additional concerns about the safety of contact sports, the study authors emphasized that larger, long-term studies are needed to determine if these brain changes, which have previously been associated with mild traumatic brain injury, could lead to any long-term consequences.

“Do the changes we see go away or are there permanent long-term effects? Those are questions we can’t answer right now,” said Whitlow. “It’s not uncommon for people to get bruises while playing the game, but no one gets alarmed by a bruise on their arm because they presume it will heal with no long-term damage. It’s too early to say if these brain changes are more in line with an injury that will heal.”

In the meantime, parents should not prevent healthy children from participating in contact sports or trying out for the football team, Whitlow said. “The whole purpose of this study is to ask difficult questions, not demonize football. Acting on these findings would be really presumptuous,” he said.

Stevens added, “If you consider the overall benefits of sports, they vastly outweigh the potential risks that may occur. We have to be cautious. There are literally millions of kids who play contact sports, including football. The impression we have is that the vast majority of these athletes do not develop any significant cognitive [mental] or psychiatric impairment.”

What parents should do is be mindful of the injuries that can happen and seek medical attention if they have any concerns, Whitlow advised.

Young athletes should also be educated about the possible injuries they could experience, Stevens added. “Kids, teens and young adults engaging in sports should be aware that this may not be completely benign and that there are some risks involved,” he said.

Having an athletic trainer on the field who’s qualified to diagnose concussion can also help protect players, according to Whitlow. “This is someone who goes to every game, gets to know the players and is keeping an eye out for anything that looks like an injury,” he said.

The study was expected to be presented on Monday at the annual meeting of the Radiological Society of North America in Chicago. Findings from the study were also published in a recent issue of the Journal of Neurotrauma.

The U.S. Centers for Disease Control and Prevention has more about concussion and mild traumatic brain injury.