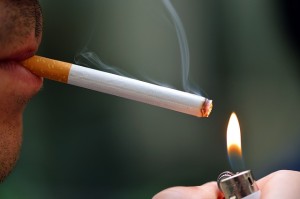 However,”we still have a long way to go, and if we don’t bend the curve down faster, over 5.5 million kids who are alive today will die prematurely from tobacco-related disease,” said Dr. Tim McAfee, director of the CDC’s Office on Smoking and Health.

Smoking is a major — and modifiable — risk factor for death and disease, he said.

“Smoking has a major impact on people’s lives,” McAfee said. “If you’re a smoker you’re at risk of dying 11 to 12 years earlier than if you are not a smoker,” he said.

Although cigarette smoking is at a 50-year low, in some groups the proportion of smokers is higher than the average, McAfee said.

“Leading the pack, cigarette use is highest among those below the poverty level at almost 30 percent, compared to 17.8 percent in the general population,” he said.

Other groups that continue to smoke at higher than average levels are the less educated, American Indians/Alaska Natives, men, people who live in the South or Midwest, people who have a disability, people with mental health issues, those who abuse drugs or alcohol, and people who are lesbian, gay or bisexual, McAfee said.

Tobacco companies target some of these groups, he said.

“Particularly among the lesbian/gay/bisexual community and people with substance abuse, there is evidence that, for decades, the tobacco industry has consciously pursued marketing campaigns aimed at these vulnerable populations,” he said.

The bulk of the burden to cut smoking falls on states, but they spend less than 2 percent (about $500 million) of the $25 billion they get from tobacco taxes and the tobacco settlement on anti-smoking programs, he said.

The report was published online on Nov. 26 in the Morbidity and Mortality Weekly Report.

Susan Liss, executive director for the Campaign for Tobacco-Free Kids, said, “It’s not surprising that there has not been more recent progress. States have cut and severely underfunded tobacco prevention and cessation programs. In addition, progress at the state level in enacting higher tobacco taxes and smoke-free laws has slowed greatly.”

Still, most of the news from the new report was good. According to the data, not only has the number of smokers decreased, but those who smoke, smoke less.

Dr. Norman Edelman, a senior consultant for scientific affairs at the American Lung Association, said it is significant that smokers are smoking less.

“That means that we are not left with hardcore smokers who have to have their pack a day or more,” he said. “This suggests that there is still room to decrease the smoking rates.”

For more information on smoking, visit the U.S. Centers for Disease Control and Prevention.