Obesity Tied to Half a Million Cancers Worldwide, Report Shows 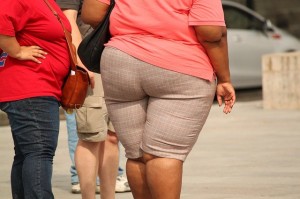 Rates were lowest in the countries of sub-Saharan Africa, with less than 2 percent in men and less than 4 percent in women, according to the study published Nov. 25 in The Lancet Oncology.

“Our findings add support for a global effort to address the rising trends in obesity. The global prevalence of obesity in adults has doubled since 1980. If this trend continues, it will certainly boost the future burden of cancer, particularly in South America and North Africa, where the largest increases in the rate of obesity have been seen over the last 30 years,” study leader Dr. Melina Arnold, of the International Agency for Research on Cancer, said in a journal news release.

“If 3.6 percent of all cancers are associated with [overweight and obesity], that is nearly half a million cancers, but this number is large mainly because the world population is large,” Dr. Benjamin Cairns, from the University of Oxford in the U.K., wrote in an accompanying editorial.

“Global health resources specifically for cancer prevention are not so large, and the resources targeted at obesity must be balanced against those for other important causes of cancer, particularly infections and tobacco use, which are each associated with much larger proportions of cases,” he said.

While the study showed an association between obesity and the rising number of cancer cases worldwide, it did not prove a cause-and-effect link.

The U.S. National Cancer Institute has more about obesity and cancer risk.