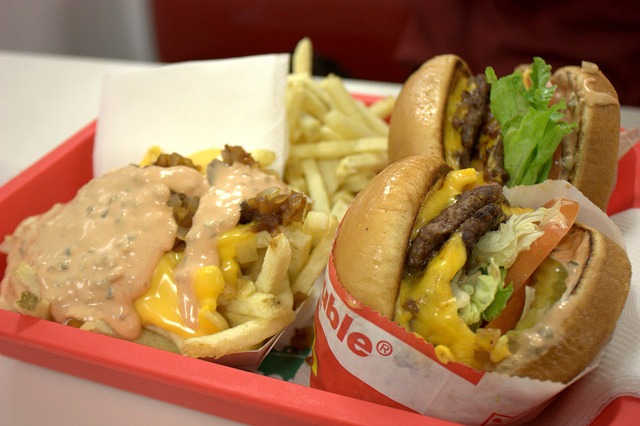 “You want fries with that?” How many times have you heard the enticing offer of more food but hesitated at the unknown cost of added calories?

The U.S. Food and Drug Administration today released new rules requiring all chain restaurants and vending machines with more than 20 locations to post calorie information on menus or menu boards.

“Americans eat and drink about one-third of their calories away from home and people today expect clear information about the products they consume,” said FDA Commissioner Margaret A. Hamburg, M.D.

Health experts believe this is a vital step in a national effort to curtail obesity. The newly required information will allow consumers to make better, more knowledgeable choices about their health and diet. To give people a reference point for healthy eating, the new FDA rules also will require menus to include the following statement:

2,000 calories a day is used for general nutrition advice, but calorie needs vary.

Some restaurants already publish calorie information and several states have laws requiring menu labeling.  But this is the first time a national standard will be set requiring all restaurants of a certain size to disclose the information.  This new law will be similar to the change seen on food labels when the Nutrition Labeling and Education Act was passed in 1990.

In addition to the posted calorie counts, other nutrient information — i.e. total fat, saturated fat, cholesterol, sodium, total carbohydrates, sugars, etc. — will have to be made available in writing on request.

The FDA has included some exemptions in the new rules.  For example, a whole pizza pie with the works may be difficult to define by calories.  So the rules will allow that only individual slices need to show calories.

Alcoholic beverages that appear on the menu will need to show calorie information, but mixed drinks served at the bar will be exempt.

The menu labeling rules also will extend to theme parks and movie theaters, which will allow customers to see exactly how many calories are in that giant tub of buttered popcorn.

Sara Bleich, associate professor at the Johns Hopkins Bloomberg School of Public Health, told NPR that studies have looked at the effectiveness of calorie labeling on menus and found that “when you put calories on menu boards, only about 30 percent of consumers notice them.” However, for those 30 percent, it makes a big difference.

After certain states began requiring calorie information, Bleich published a study that showed newer menu items in chain restaurants contained about 60 fewer calories compared to things that were already on the menu.

“Making calorie information available on chain restaurant menus and vending machines is an important step for public health that will help consumers make informed choices for themselves and their families,” said Dr. Hamburg.