Newly Insured Under ‘Obamacare’ May Have Trouble Finding Docs 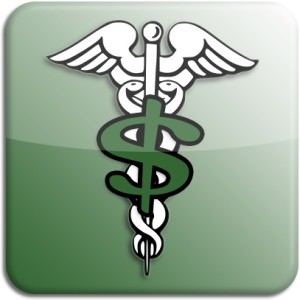 MONDAY, Nov. 24, 2014 (HealthDay News) — Millions of Americans bought health insurance coverage through the Affordable Care Act in the past year. Now, several shortcomings in the system have been discovered.

In some markets, doctors are reluctant to take on patients who bought health insurance plans through the state and federal exchanges that were created by “Obamacare.”

“I think doctors have a couple of problems with the exchange policies,” said Dr. Austin King, an otolaryngologist and president of the Texas Medical Association.

People often don’t understand their insurance coverage, so staff members have to educate them, “and that adds to the hassle of seeing these patients,” King said.

Another problem: Doctors are wary of the law’s provision giving people with subsidized coverage a 90-day grace period before their coverage is cancelled for failing to pay the premium. Doctors fear they could end up on the hook for care provided to people who lose their coverage, King explained.

Recent news reports also indicate that some doctors in states like New York and Florida are reluctant to accept Obamacare patients because reimbursement rates are well below those of traditional health insurance plans.

“We are hearing from a lot of physicians that the fees that they’re being paid by the exchange plans are substantially below the fees that are paid by the same companies in the commercial plans. So that’s one of the reasons why a lot of physicians don’t want to participate in the exchange,” said Dr. Andrew Kleinman, a plastic surgeon and president of the Medical Society of the State of New York. “I’ve heard fees as low as 50 percent of the Medicare rate,” he added.

For consumers buying health plans on the New York State of Health, the state exchange, trying to find a doctor “is rather difficult,” partly because provider fees are inadequate and also because provider directories are often inaccurate, Kleinman explained.

Meanwhile, the U.S. Department of Health and Human Services has acknowledged that it miscalculated how many people had signed up and paid for exchange plans in 2014, Bloomberg News reported. The actual number is 6.9 million, not 7.3 million as federal officials announced in September. Apparently the agency erroneously included dental plan subscribers in its earlier count.

Some problems that people using Obamacare this past year encountered, such as a lack of timely access to care and physician shortages in certain urban or rural areas, aren’t new at all. They’re only new to the people who now have insurance for the first time, experts said.

These are “significant issues in our health care system, ones consumer advocates like myself have been working on for many years,” said Anthony Wright, executive director of Health Access California in Sacramento.

Stacey Pogue, a senior policy analyst with the Center for Public Policy Priorities in Austin, Texas, added: “There are going to be people that have a hard time finding doctors. And I don’t know if it’s because doctors don’t want to take Obamacare, or if it’s always been hard to find psychologists who speak Spanish [in a particular city],” for example.

In California, some health-plan shoppers learned after the fact that many health plans on Covered California, the state insurance exchange, have very limited, or narrow, provider networks.

“People need to know what they’re buying,” Wright said. “They need to know, ‘Is their doctor in the network?'”

Last month, California Gov. Jerry Brown signed legislation to tighten up oversight of these plans, now requiring annual reviews to ensure that the plans are meeting standards for appointment wait times, timeliness of care and availability of providers of care, among other requirements.

During last year’s open enrollment, many consumers in Tennessee flocked to one of the cheapest plans on the marketplace — a BlueCross BlueShield of Tennessee offering, labeled plan “E,” with a limited network of doctors.

People signed up “not realizing that their physician that they had already been going to for years may not have been in that network,” said Katie Dageforde, assistant general counsel at the Tennessee Medical Association.

Some physicians, unaware of BlueCross’ new health plan offering, mistakenly told patients they participated in all of the insurer’s plans, she said.

Georgia also has its share of narrow networks. By limiting the provider network, health plans can leverage greater discounts from providers to help keep premiums low.

But networks must provide access to providers who are within a reasonable distance and who can offer timely appointments, said Cindy Zeldin, executive director of Georgians for a Healthy Future, an Atlanta-based consumer advocacy organization. If not, health plans need to go back and make changes.

“Most people are having a good experience [with their health plans], but we are watching the network adequacy issue,” she added.

The National Association of Insurance Commissioners, a standards-setting organization, is watching it, too. It is currently revising its model regulation for network adequacy. Consumer advocates said that regulation may put pressure on states with lax oversight to beef up their own regulations.

HealthCare.gov has tips for choosing a marketplace plan.