Close Friends May Be Key to Teens’ Drinking 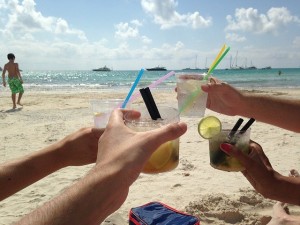 (HealthDay News) — Close friends have more influence on teens’ alcohol use than their general peer group does, a new study says.

“We’ve known for a long time that friends and peers have an influence on individual alcohol use, but there are no common studies that distinguished between the broader peer group and the friend group’s influence on those decisions,” Jonathon Beckmeyer, an assistant professor at Indiana University’s School of Public Health, said in a university news release.

Beckmeyer analyzed data gathered from 15-year-olds in a U.S. government study and found that the drinking habits of their close friends had a greater effect on their own alcohol consumption than did alcohol use among their peers.

For example, even if a teen believed that many other teens drank, they were less likely to have tried alcohol if they believed their friends didn’t drink.

“We’re spending our time changing perceptions of the broader peer group, but really what might be the more key determinant of teen alcohol use is what’s going on in their own friend group,” Beckmeyer said.

“Really working to encourage teens to make friendships with non-alcohol-using friends could be one of the more effective things parents can do to help,” he suggested.

The study was presented Wednesday at the annual meeting of the American Public Health Association in New Orleans. Research from meetings is generally considered preliminary until it’s been published in a peer-reviewed journal.

The U.S. National Institute on Alcohol Abuse and Alcoholism outlines what parents can do to prevent young people from drinking.