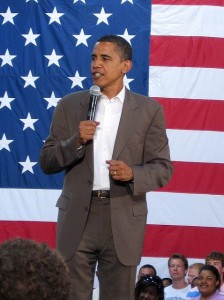 House Republicans, led by Speaker John Boehner (R-Ohio), have sued President Barack Obama for what they claim was an abuse of executive authority when the president implemented the Affordable Care Act.

According to the New York Times, the lawsuit accuses the Obama Administration of acting unilaterally and without Congressional authority in delaying the employer mandate provision of the Act, which requires companies with more than 50 employees to offer health coverage to their full-time employees or pay penalties.

According to the suit, “one fundamental tenet of our divided-power system of government is that all legislative power is vested in Congress, and Congress alone.” The Obama administration violated that tenet, Republicans claim. “The Administration has made no secret of its willingness, notwithstanding Article I of the Constitution, to act without Congress when Congress declines to enact laws that the Administration desires,” the suit claims.

“Time after time, the president has chosen to ignore the will of the American people and re-write federal law on his own without a vote of Congress,” said Rep. Boehner. “That’s not the way our system of government was designed to work. If this president can get away with making his own laws, future presidents will have the ability to as well.”

Republicans have threatened for a long time to file suit against President Obama to get the health care law repealed.  They’ve had a rough time finding a lawyer to represent them, but last week found George Washington Law School professor Jonathan Turley, who was willing to take the case.

Turley said on his blog that the issues presented by the Republicans have more to do with constitutional law than with health care law.