Medical Practices Must Be Careful When Firing Incompetent Staff

Most group medical practices are subject to a variety of state and federal employment laws, depending on the number of employees.  While physicians logically assume that they are justified in terminating employees for such legitimate reasons as a demonstrated lack of adequate medical skills, other examples of poor performance, the inability to work as a team player, rule violations, insubordination, and other acts of misconduct, the employment laws can throw a wrench into the decisional process.

As a growing number of physician practices have discovered, any adverse employment action, up to and including termination, may lead to a myriad of claims of workplace discrimination or retaliation, harassment, breach of contract, and defamation, to name a few.  These claims may be asserted by any employee, from the front office receptionist to a physician employed by the practice, including claims by individuals who are still employed by the practice.

The risks of employing a non-performing employee are obvious.  First and foremost is the possibility of malpractice committed by an incompetent or impaired medical staff member.  The practice could be held liable for the unlawful actions of those staff members, including the abuse of narcotics and medications, HIPAA violations, and the falsification of medical records. A physician who alienates employees from the hospital due to disrespectful treatment where they have privileges will reflect poorly on the practice.

Other serious difficulties may arise when the employee is untruthful about whether they have completed key tasks.  Medical practices often have employees who seem to find themselves frequently “in the eye of the storm” of interpersonal office conflicts, or who are reluctant to carry their workload.  Their presence creates a serious morale problem that interferes with the effective functioning of the practice.  Some employees feel entitled to question the medical judgment of the partners of the practice both internally and to others who work for other physicians.

At this point, the practice group must balance its relative risks and must choose amongst an array of difficult options.  Employment litigation brings its own set of challenges:  attorney’s fees, a drain on the physicians’ time as they are required to participate in the defense of the litigation, the disruption of services as other employees in the practice become involved in the lawsuit, and the inevitable stress that accompanies litigation.

Ironically, it can be less costly to retain a new physician whose skill set is somewhat deficient because malpractice coverage is in place but the cost of litigating an employment dispute may not be covered by the practice’s insurance policies. 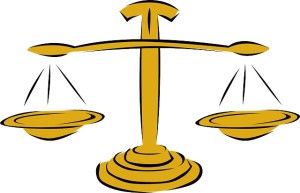 What is astonishing are the employees who have sued their former physician employers when they have been terminated for such bona fide reasons as mediocre medical skills, mistreatment of employees under their supervision, HIPAA violations,  the failure to perform assigned duties, disparagement of their supervisors, and even the filing of a false police report against a co-worker.

One would assume that these failings justify immediate discharge and that the practice group could sever the employment relationship with impunity.  But that is often not the case, and the practice group finds itself in the untenable position of having to expend considerable sums to defend against such meritless claims.

What is even more frustrating is the situation in which the practice group’s decision was legally justified, but was carried out in a way that a jury would consider to be unjust or unprofessional and, therefore, the practice must consider a monetary settlement of the employee’s claim.  Practice groups must ensure that its employment decisions are well-founded and fully supported by personnel evaluations and other documentation.  The decision should be reached after a careful review of the relevant facts and mitigating circumstances.

The practice group’s management and supervisory team should be well-trained so that they refrain from making inappropriate comments based on stereotypical notions or that appear as harsh and callous.  Disciplinary and performance standards must be enforced uniformly against all employees. Where feasible, employees should be given notice of their deficiencies and a reasonable opportunity to correct the problems.  Complaints of harassment by employees must be investigated thoroughly, even if they seem improbable. Even the most frustrating employees are to be treated with dignity and respect. Finally, if a decision to terminate has been reached, careful planning of the actual termination and the handling of the transition is essential.

However, even when a medical practice group has done everything “right” in disciplining and coaching a problem employee, there are a number of factors to be considered before deciding whether to terminate an employee, especially those who are in protected classes or who have engaged in protected activity.

First, are the employee’s incompetencies so serious that the practice simply cannot afford to keep the employee for the sake of quality patient care and the efficient delivery of medical services?

Second, is there a larger point to be proven?  For example, if the employee is retained after having behaved disrespectfully or willfully violated the rules of the practice, will other employees question whether the practice group is willing to enforce its rules?

Fourth, is the person’s behavior so toxic to the workplace that the practice simply cannot retain the employee without risking the loss of other valued employees?

Fifth, will the practice’s retention of a difficult and/or incompetent medical employee cause harm to its reputation within the medical community?

In no other discipline or industry do the competing considerations of delivering superlative patient care while avoiding litigation and possible liability stand in such stark contrast.  There will be situations where the risk of liability for employment discrimination is outweighed by these other factors, and the practice realistically has no choice but to accept that risk.  At that point, the practice has an option to offer a severance package with a release agreement or, in the event of threatened litigation, either prepare a vigorous defense or to reach a reasonable settlement.