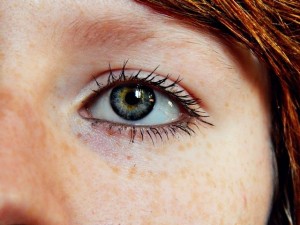 WEDNESDAY, Nov. 19, 2014 (HealthDay News) — New research suggests that genes tied to blue eyes and red hair could put people at higher risk for moles or freckling in childhood, which are often precursors to the deadly skin cancer melanoma later in life.

However, the finding in no way suggests that the risk can’t be reduced by prudent avoidance of cancer-causing UV sunlight, especially in childhood, the researchers said.

“We think if you can modify behaviors related to sun exposure in children, it will probably make a difference for their well-being in later life with respect to melanoma,” said lead researcher Neil Box, an assistant professor in the department of dermatology at the University of Colorado in Denver.

For the study, Box’s team took DNA samples and gathered information on sun exposure from 477 white children, ages 6 to 10.

Following the children from 2004 to 2008, the researchers found that the number of moles and freckles increased each year, as did the number of total number of sunburns, waterside vacations and chronic sun exposure.

The increasing sun exposure was directly tied to the rise in freckles, Box said.

What’s more, children with a gene variant tied to blue eyes were more susceptible to the development of moles compared to kids without the gene, particularly if they took more beach vacations, he said.

“It seems that there are specific behaviors that predispose kids to the formations of more moles,” Box said. “There was 2.5-fold increase in the number of moles if you had 12 waterside vacations [over the course of the study] versus one or two,” he said.

Box added that kids with a combination of the blue-eye variant plus gene variants that cause red hair were also more likely to have larger moles as they sustained more sunburns.

The study is published Nov. 19 in Cancer Epidemiology, Biomarkers & Prevention.

According to Box, the number and size of moles people develop in childhood tends to predict a person’s risk of melanoma later on.

But certain gene variants act differently, depending on the type of sun exposure, he added. For example, kids with blue eyes tend to develop more moles during waterside vacations, but not because of sunburn, Box said.

Redheaded children, however, tend to develop larger moles when they are sunburned, he said.

All of this points to “a complex interaction between genes and sun exposure,” Box said. “We are beginning to work out how our genes interact with our environment. This will lead to the identification of high-risk groups and we will, potentially, come up with different guidelines for people on how they should behave based on their genetics.”

In the meantime, skin cancer experts urge everyone to take precautions to limit their sun exposure. Box recommends wearing sunscreen and a hat and staying in the shade.

Dr. Jeffrey Salomon, an assistant clinical professor of plastic surgery at Yale University School of Medicine, said that this theory may only account for some melanomas, however.

“Keep in mind that 50 percent of melanomas don’t arise in preexisting moles,” he said.

Patients who have 50 to 100 moles do have a higher risk of developing melanoma, but the majority of those patients are older, he said. For this reason, it is difficult to predict the actual risk of melanoma in these children, Salomon believes.

However, “this study nailed it by selecting just the right genetic variables,” he said. “Still, this is a relationship [between blue eyes and red hair and the risk for melanoma] only up to a point.”