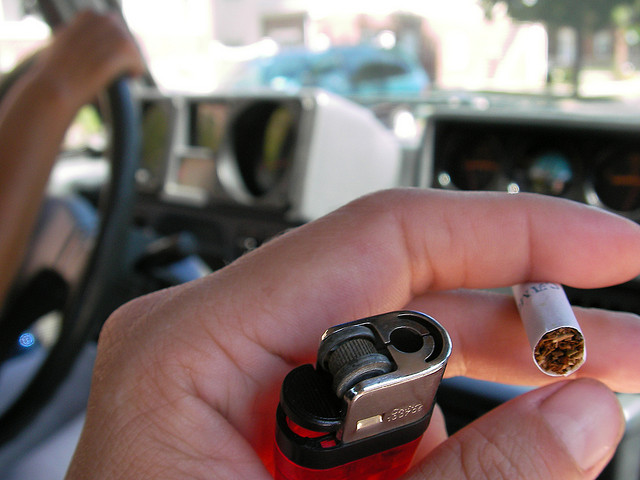 FRIDAY, Nov. 14, 2014 (HealthDay News) — New research suggests that non-smoking people who sit in cars with smokers inhale some of the same cancer-causing substances and other toxins.

But, it’s not clear what this means for the health of non-smokers, the researchers said.

This “is the first study to measure exposure to these particular chemicals in people exposed to secondhand smoke,” study senior investigator Dr. Neal Benowitz, professor of medicine and bioengineering and therapeutic sciences at the University of California, San Francisco, said in a university news release.

“This indicates that when simply sitting in cars with smokers, non-smokers breathe in a host of potentially dangerous compounds from tobacco smoke that are associated with cancer, heart disease and lung disease,” Benowitz added.

For the study, the researchers analyzed the urine of 14 people who sat in the back seat of a parked sports utility vehicle while a person in the driver’s seat smoked three cigarettes over an hour. The vehicle windows were open about 4 inches.

Urine tests revealed that the non-smokers’ bodies showed signs of higher levels of several toxic chemicals “thought to be the most important among the thousands in tobacco smoke that cause smoking-related disease,” Benowitz said in the news release.

According to study lead author Gideon St. Helen, “This tells us that people, especially children and adults with pre-existing health conditions such as asthma or a history of heart disease, should be protected from secondhand smoke exposure in cars.”

The cars weren’t moving, so it’s not clear what would happen in real life when cars move and air flow could draw out the smoke, the study authors noted.

“Nonetheless, the air samples we took were similar in makeup to those seen in previous smoking studies that used closed cars and cars with different ventilation systems in operation,” said St. Helen, who is a postdoctoral researcher in the university’s department of medicine. “And so we believe that the general levels of risk to non-smokers that we present is realistic.”

The study is published in the Nov. 14 issue of Cancer, Epidemiology, Biomarkers & Prevention.

For more about secondhand smoke, visit the American Cancer Society.