Breaking News
Home / Featured / Big-Name Diets All Work for a While, Review Found

Big-Name Diets All Work for a While, Review Found 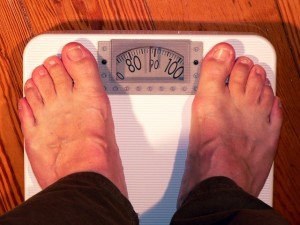 TUESDAY, Nov. 11, 2014 (HealthDay News) — There are plenty of famous-name diets for weight loss, but none stands out from the pack when it comes to lasting results, a new review suggests.

Looking at a dozen clinical trials, researchers found that three big-name diets — Atkins, Weight Watchers and the Zone — were all “modestly” effective over the course of a year. In studies that compared the plans head-to-head, people lost anywhere from 4 to 10 pounds, on average.

Meanwhile, a fourth commercial diet — South Beach — was no better than traditional advice to eat a low-fat diet, the study authors said.

And in the few trials that lasted two years — all looking at Atkins or Weight Watchers — people often regained some of the pounds they lost.

“From our results, no weight-loss diet came across as a clear winner,” said study leader Renee Atallah, a research assistant at Jewish General Hospital/McGill University in Montreal.

Atallah and her colleagues report the findings online Nov. 11 in the journal Circulation: Cardiovascular Quality & Outcomes.

A registered dietitian who was not involved in the research said he is glad more and more clinical trials are putting commercial diets to the test.

“Americans have been jumping on these diets and spending a lot of money,” said Jim White, a spokesman for the National Academy of Nutrition and Dietetics.

“We need studies like these to know whether they actually work in the long term,” White said.

As most dieters know, he noted, “keeping the weight off is the hardest part.”

For the study, which was funded by the Canadian government, Atallah’s team looked at 12 clinical trials that tested at least one of four popular diets: Atkins, South Beach, Weight Watchers and the Zone.

All of the trials lasted at least one year, and most compared one commercial program against “usual care” for overweight patients, such as advice on low-fat eating. Two trials compared Atkins, Weight Watchers and the Zone head-to-head.

It turned out that tested against usual care, Weight Watchers was the most consistent — helping people lose an average of 8 to 13 pounds in the first year. Only one trial tested South Beach — a lower-carb diet — and it was no more effective than the American Heart Association’s recommendations on low-fat eating.

When it came to Atkins — the most famous of the low-carb diets — the results were more mixed, Atallah’s team reported. The weight loss at one year ranged from about 7 pounds to 24 pounds, but Atkins was not consistently better than low-fat diets.

And in the head-to-head trials, Atkins, Weight Watchers and Zone all showed similar effects: They helped people lose an average of 4 to 10 pounds in a year.

“The two head-to-head trials gave the strongest evidence regarding these three diets, since they were all directly compared,” Atallah said.

Further trials like that would be helpful, she added — and ideally, they would look at all the famous-name diets out there, and throw exercise into the mix.

For now, people who want to shed excess pounds should choose diet changes they can live with for the long haul, both Atallah and White said.

“In the short term, any diet — even the Twinkie diet — will work if you’re cutting calories,” White noted.

But the key, he said, is to adopt a balanced diet that gives you the nutrients you need — fiber, protein and “good” unsaturated fats — and does not leave you feeling “deprived.”

It’s also important to have enough energy to exercise, White added. And that might prove difficult if you cut too many carbohydrates.

“Carbohydrates do not make you fat,” White stressed. The problem, he said, is when people overindulge, and choose the wrong carbs — opting for processed snack foods, for example, instead of fiber-rich vegetables, fruits and grains.

White also pointed to yet another component of lasting weight loss: patience.

“People often want quick fixes,” he said. “But in my experience, most of our successful clients are those whose weight goes down slowly.”

The U.S. National Institutes of Health has more on weight loss and nutrition. 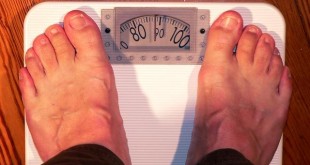 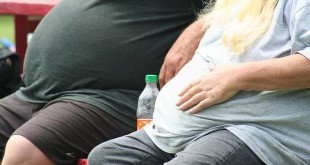