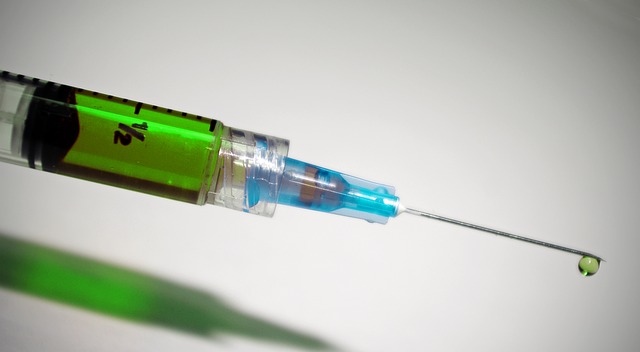 WEDNESDAY, Nov. 5, 2014 (HealthDay News) — An initial study suggests that a potential vaccine against hepatitis C, a liver disease that affects at least 130 million people worldwide, is safe in people.

The newly released findings are good news, said study co-author Dr. Ellie Barnes, a professor of hepatology and experimental medicine at the University of Oxford in England.

The results indicate the vaccine can safely boost the immune system in a way that “targets multiple parts of the hepatitis C virus,” she said. “We hope it will have the capacity to prevent people from being infected, and that’s something we really need.”

An estimated 1 percent of U.S. residents have chronic hepatitis C, which is usually transmitted through infected blood. In many people, the disease leads to scarring of the liver — cirrhosis — or liver cancer.

A powerful new drug called Sovaldi is expected to improve treatment of hepatitis C, but it costs $1,000 per day, or $84,000 for the typical 12-week course. Also, drugs like Sovaldi are least effective in patients with advanced liver disease and don’t prevent reinfection, the study authors said.

Vaccines exist for two other types of hepatitis: A and B. But it’s been difficult to create a vaccine to fight hepatitis C because the germs are sly when it comes to the immune system soldiers known as antibodies, Barnes said.

“They can put on a disguise and prevent antibodies from seeing them. What we’re trying to do is develop a T-cell vaccine, which works by inducing T cells, a totally different part of the immune system,” she explained.

Part of the vaccine works by sneaking into the body through a chimpanzee cold germ that human immune systems won’t know to kill, Barnes said.

In the new study, a so-called phase I trial, researchers tested parts of the vaccine in 15 people. The researchers reported that the participants tolerated the vaccine well overall, with some mild or moderate side effects that largely resolved within 48 hours.

The study findings also suggest that the vaccine is achieving its goals on the immune system front. But two more stages of research, each in larger groups of people, are needed before the vaccine can be approved for use in the United States.

The second stage of research is already in progress, Barnes said, and results are expected in 2016. She declined to speculate how long it will take for the vaccine to become available if it works.

The vaccine will be targeted at people at high-risk for hepatitis C, not the population at large in Western countries where infection isn’t widespread, Barnes said. High-risk groups include users of illegal injection drugs. Countries such as Egypt, where 20 percent of the population is thought to be infected, will need different strategies, Barnes said.

It’s not clear how much the vaccine might cost, but Naglaa Shoukry, a hepatitis researcher and associate professor at the University of Montreal, said it shouldn’t be “outrageously expensive.”

Shoukry, who praised the new study, said drug companies don’t make money off vaccines. “That’s why they are usually hesitant to develop them,” she said.

The study appears in the Nov. 5 issue of the journal Science Translational Medicine.

For more about hepatitis C, visit the U.S. National Library of Medicine.