High Rates of Medical Resident Suicides: “We know how to kill ourselves.” 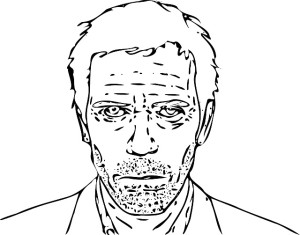 After recently graduating medical school and impressing hospital staff as a young intern, a New York City physician committed suicide in August.  Just a few days later, another resident at the same hospital did the same thing.

Doctors are not immune from suicide.  In fact, it’s somewhat of an occupational hazard.  Between 300 – 400 physicians each year take their own lives.  Compared to men in general, the suicide rate among male doctors is 40 percent higher.  For female docs, the rate is 130 percent higher than women in general.

“It’s not so much that there is an increased incidence of depression in medical people, but rather that the rate of completed suicide in medical people is higher than in the general population,” said psychiatrist Charles Reynolds III, MD, senior associate dean at the University of Pittsburgh School of Medicine, in the current Journal of the American Medical Association.

Physicians are less surprised by the rate of suicide success among their peers.

“It kind of makes sense,” said Liselotte Dyrbye, MD, professor of medicine and medical education at the Mayo Clinic in Rochester, Minnesota. “We know how to kill ourselves.”

Researchers tried to discover the reasons behind those high physician suicide rates.  Are people interested in medicine because of some natural attraction to suicide?

“A new study found that when students entered medical school, they actually had lower rates of burnout and depression symptoms and a higher quality of life than college graduates the same age who weren’t enrolled in medical school,” said Rita Rubin, author of the JAMA study. “But by the time they graduated, about half of medical students had burnout, a syndrome of depersonalization, emotional exhaustion, and a feeling of low personal accomplishment.”

So it must be something that happens (or doesn’t happen) in med school.

“What we’re finding is that there is an effect that medical education is having, and it’s not a positive one,” said Timothy Brigham, MDiv, PhD, chief of staff and senior vice president, department of education, at the Accreditation Council for Graduate Medical Education (ACGME).

DeWitt Baldwin, MD, the ACGME’s scholar-in-residence, has been studying the issue for years. “I believe it is possible to reconstruct the medical curriculum to make it a more positive and humanistic experience.”

Rubin cited studies that found simple fixes that may alleviate some of the pressure on the physicians-in-training. One study found that “how students were evaluated had a greater effect than other aspects of the curriculum structure on their well-being,” according to Rubin. “Students who were graded pass/fail were less likely to have burnout or consider dropping out of school than students who received letter grades.”

Doctors “are often reluctant to seek care because of the stigma surrounding mental illness and the fear that getting treatment could lead to the loss of their medical license,” said Rubin.