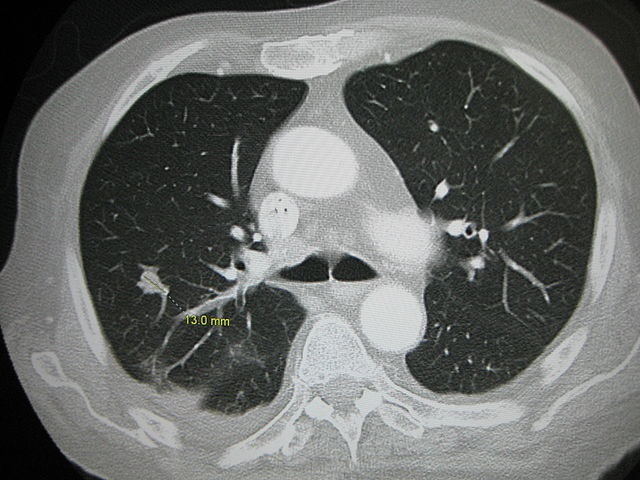 There exists a “type” of cancer that is common yet rarely discussed—metastatic disease, or cancer that has spread from the part of the body where it originated (the primary tumor) to another (such as lungs, bones or liver). Each year, at least 2.6 million people in the developed world die of cancers that have metastasized. Although much research is being done to combat primary tumors, there still exists a crucial need to find a treatment that can be effective against metastatic cancer, or “mets.”

Could a virus be the key to finally beating the mets? The question is not as odd as it might sound. Virotherapy or oncolytic virus therapy involves the conversion of viruses into cancer-fighting agents by reprogramming them to attack cancerous cells, while healthy cells remain relatively undamaged. Specifically, viruses can be harnessed to infect, multiply within and subsequently lyse cancer cells; the virus targets the tumor and protects normal tissue.

Several types of oncolytic viruses have been developed to date. One of them, the reovirus, is a non-enveloped virus with a double-stranded, segmented RNA genome that forms particles that are 60 to 90 nm. The reovirus preferentially replicates in cancer cells that feature a common mutation known as an “activated Ras pathway,” while sparing normal cells. This makes it intrinsically tumor selective without the need for any genetic manipulation.

Reovirus is a virus with no known associated disease. It replicates in the cytoplasm and therefore does not integrate into the cell’s DNA. Reovirus is found everywhere in nature and has been isolated from untreated sewage, river and stagnant waters. Exposure to reovirus is common in humans, with half of all children by the age of 12 having been exposed and up to 100 percent testing positive by adulthood.

Tumors bearing an activated Ras pathway can’t activate the antiviral response mediated by the host cellular protein, PKR. Studies have shown that reovirus actively replicates in transformed cell lines with an active Ras signaling pathway, eventually killing the host cell and freeing the viral progeny that go on to infect and kill more tumor cells. When normal cells are infected with reovirus, the immune system can neutralize the virus. Approximately one-third of human cancers have activating mutations in the Ras gene itself, and it is possible that more than two-thirds of cancer cells have an activated Ras signaling pathway because of activating mutations in genes upstream or downstream of Ras.

Although it has been demonstrated in animal studies that reovirus is capable of treating metastatic cancer in immunocompetent mice, it has also been shown that reovirus used in conjunction with immunosuppressive drugs can effectively prolong animal survival. Combining intravenous reovirus therapy with Cyclosporine A, an immune suppressant, significantly inhibited tumor regrowth. In a model of disseminated LLC metastatic lung cancer in C57BL mice, treatment with reovirus and either Cyclosporine A or T cell depleting antibodies (anti-CD4 and anti-CD8 Ab) led to an increase in survival compared to treatment with reovirus alone.

The above results supported the development of clinical protocols in which immune suppressive drugs could be combined with a systemically administered reovirus in the treatment of cancer. Combining reovirus with various chemotherapies in human colorectal cancer cell lines demonstrated synergistic cytotoxic activity. In addition to modulating the immune response, the use of chemotherapies along with reovirus treatment may enhance intratumoral spread of the virus.

Clinical trials of a proprietary variant of the reovirus (REOLYSIN®) are now underway to evaluate safety and efficacy in a wide variety of cancers, including ovarian, pancreatic, prostate, colorectal, non-small cell lung and breast cancers.

Three factors seem to contribute to the possibility that metastatic disease would be susceptible to treatment with reovirus. First, reovirus appears to spread particularly easily to organs where metastasis is common, so a concentration of the drug can be built up in those regions of the body. Second, the cells that colonize a tumor to form the metastasis are believed to harbor genetic defects that provide a more accommodating environment for reovirus to colonize. Finally, a growing body of literature suggests Ras activation is required for metastasis to occur in the first place. At least five million new patients per year are expected to develop cancers with a Ras pathway involvement.

If positive, future studies will provide an even clearer perspective on whether reovirus offers an effective route toward a reliable and commercially viable complement to existing therapies for oncologists and their patients with metastatic (and localized) cancers. There may be new hope on the horizon for these patients—a hope coming from within the human body itself.