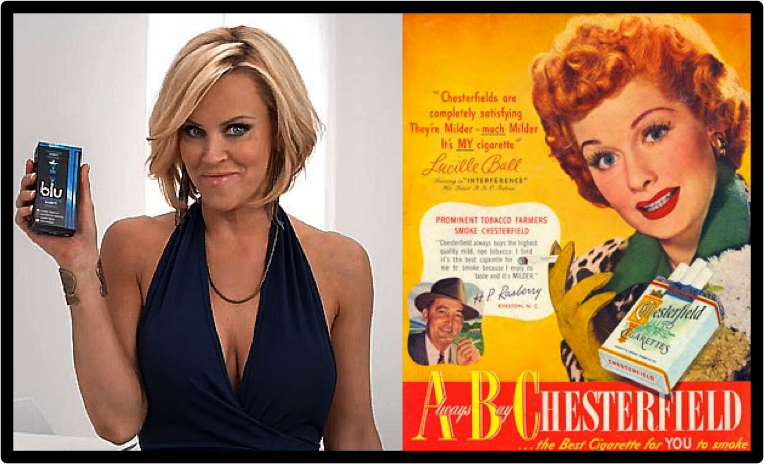 Concerned about the growing popularity and use of electronic cigarettes, physicians are calling on the entertainment industry to stop glamorizing and endorsing e-cigs.

“Electronic cigarettes should not be on television or in the movies,” says Richard T. Bell, MD, a pulmonologist from Berks County, Pennsylvania and author of the resolution that was adopted as policy.  “The health gains that were made through the tobacco settlement could easily swing the opposite way because of electronic cigarettes.”

In 1998, forty-six states and the five largest tobacco companies reached an agreement concerning the advertising, marketing and promotion of tobacco products. The states agreed to drop their Medicaid lawsuits in return for annual payments of $10 billion and a variety of marketing restrictions.

The Master Settlement Agreement (MSA) prohibited cigarette manufacturers from directly or indirectly targeting youth, which included restrictions on use of cigarettes in cartoons, television and movies.  However, the modern electronic cigarette had not yet been introduced at the time of the settlement and was not written into the agreement.

According to a recent study conducted by the Centers for Disease Control and Prevention (CDC), more than a quarter of a million youth who had never smoked a cigarette used electronic cigarettes in 2013. That represents a 300 percent increase in only three years. — from 79,000 in 2011 to over 263,000 in 2013. The study found that youth who had never smoked conventional cigarettes but who used e-cigarettes were almost twice as likely to to smoke conventional cigarettes.

Much of the success of electronic cigarettes is due to the product marketing to youths through television, social media, and web ads.  “Many of these advertisements have themes that promote rebelliousness and glamorize e-cigarette use, which conveys the message to youth that e-cigarette use is fun, socially acceptable, and desirable,” according to the American Heart Association.

The CDC study asked students if they had seen tobacco advertisements and endorsements on the internet, in magazines and newspapers, and in television programs and movies.  Researchers found that youth who reported exposure to cigarette marketing had higher rates of intention to smoke than those who were not exposed to such ads.

“Simply put, the future health of today’s youth is at risk because electronic cigarettes are treated differently from their tobacco cousins,” says Karen A. Rizzo, MD, president of the Pennsylvania Medical Society.  “Celebrity endorsements and product placement through Hollywood movies and shows create an environment that will lead us down the wrong road.”

(Photo by StopCancerFund.org via Wikimedia Commons)