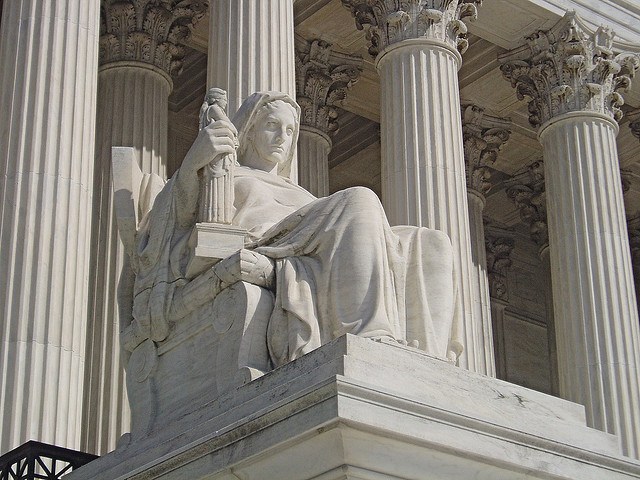 WASHINGTON (AP) — The Supreme Court on Tuesday blocked key parts of a 2013 law in Texas that had closed all but eight facilities providing abortions in America’s second most-populous state.

In an unsigned order, the justices sided with abortion rights advocates and health care providers in suspending an Oct. 2 ruling by a panel of the New Orleans-based U.S. 5th Circuit Court of Appeals that Texas could immediately apply a rule making abortion clinics statewide spend millions of dollars on hospital-level upgrades.

Justices Samuel Alito, Antonin Scalia and Clarence Thomas said they would have ruled against the clinics in all respects.

The fight over the Texas law is the latest over tough new abortion restrictions that have been enacted across the country. The office of Texas Attorney General Greg Abbott, a Republican who is the favorite in next month’s governor’s race, is leading the defense of the law. Critics call the measure a backdoor effort to outlaw abortions.

The 5th Circuit is still considering the overall constitutionality of the sweeping measure overwhelmingly passed by the Republican-controlled Texas Legislature and signed into law by Gov. Rick Perry last year.

But even as it weighs the merits of the law, the appeals court said that it can be enforced in the meantime — opening the door for the emergency appeal to the Supreme Court.

“We’re seeing the terrible impact these restrictions have on thousands of Texas women who effectively no longer have access to safe and legal abortion,” said Cecile Richards, president of Planned Parenthood Federation of America and the daughter of Texas’ last Democratic governor. “We’re relieved that the court stepped in to stop this, and we hope this dangerous law is ultimately overturned completely.”

“This does not protect the health and safety of women who are undergoing abortion,” said Joe Pojman, executive director of Texas Alliance for Life. “”This is definitely a short-term loss, but not necessarily a long- term loss.”

The 5th Circuit decision had blocked an August ruling by Austin-based U.S. District Judge Lee Yeakel, who had found that requiring hospital-style upgrades was less about safety than making access to abortion difficult. Yeakel’s ruling temporarily suspended the upgrade rules before they could go into effect Sept. 1 — and the order from the Supreme Court means they are on hold again.

Allowing the rules on hospital-level upgrades to be enforced — including mandatory operating rooms and air filtration systems — shuttered more than a dozen clinics across Texas.

Until the nation’s highest court intervened, only abortion facilities in the Houston, Austin, San Antonio and the Dallas-Fort Worth areas remained open. And none was left along the Texas-Mexico border or outside any of the state’s largest urban areas.

Some other clinics, meanwhile, had closed even earlier amid enforcement of the rule on admitting privileges at nearby hospitals. That portion has already been upheld twice by the appeals court.

Attorneys for the state have denied that Texas women would be burdened by fewer abortion facilities, saying nearly nine in 10 would still live within 150 miles (240 kilometers) of a provider. The law’s opponents, however, note that still leaves nearly a million Texas women embarking on drives longer than three hours to get an abortion.

Democrat Wendy Davis launched her campaign for governor behind the celebrity she achieved through a nearly 13-hour filibuster last summer that temporarily blocked the law in the state Senate. Davis said she was “thankful that women can continue to make their own personal decisions.” Abbott’s office said he would continue to defend the law.

Associated Press writer Will Weissert contributed to this report from Austin, Texas.