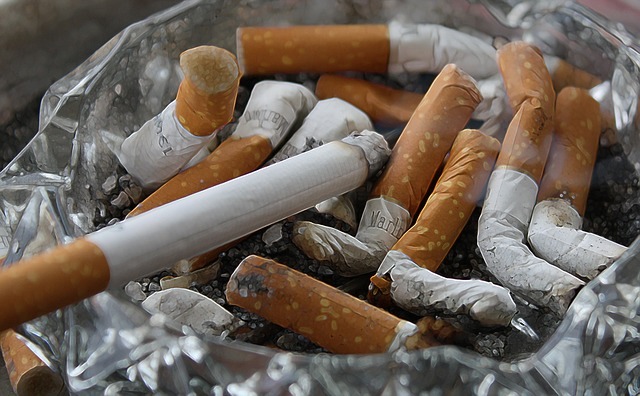 Smoking cigarettes is sort of like launching a nuclear bomb inside your body.

“Cigarette smoking has been found to harm nearly every organ and organ system in the body,” according to a new study published in JAMA Internal Medicine.

For all of the statistics gathered over decades of research, it turns out that the numbers are actually worse than previously thought.  In the United States alone, the current study found “at least 14 million serious medical conditions that were attributable to cigarette smoking.”

“The most striking statistic on the harms of smoking is the number of estimated deaths from tobacco exposure,” said Steven A. Schroeder, MD, Division of General Internal Medicine at University of California, San Francisco in an accompanying editorial. “There are an estimated 480,000 annual deaths caused by tobacco use in the United States, and approximately 5.7 million deaths each year globally.”

The current study confirms that cigarette smoking remains “the leading cause of preventable death in the United States and of disease burden worldwide.”

According to study author Brian Rostron, PhD, of the Center for Tobacco Products at the FDA, “The disease burden of cigarette smoking in the United States remains immense and updated estimates indicate that COPD (chronic bronchitis or emphysema) may be substantially underreported in health survey data.”

The study used as a reference a 2004 CDC report, which noted that the widespread organ damage caused by cigarette smoking is likely due to “the systemic distribution of tobacco smoke components and their high level of toxicity.”

One would assume that all of this information would lead to better decision making including, for example, no smoking.  “Unfortunately, no,” says Dr. Schroeder. “Although prevalence is declining, that decline is excruciatingly slow, and there are still more than 40 million smokers in the United States.”