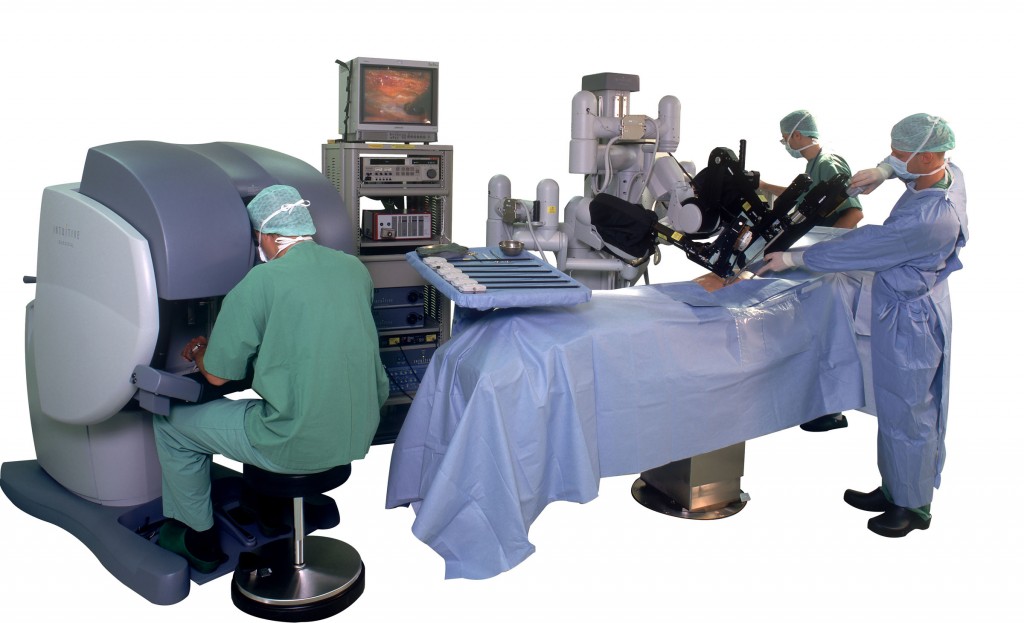 We’ve heard it before — the robots are coming to save the day. But for certain medical procedures, that day may not be as close as you’d think.

A study published Tuesday in the journal Obstetrics & Gynecology suggests that robot-assisted surgeries to remove ovaries or ovarian cysts were more expensive and had more complications than traditional minimally invasive surgeries.

Removing ovaries and cysts with the help of a robot cost about $2,500 and $3,300 more, respectively, than laparoscopic or “keyhole” surgeries. That can add  upward of 80 percent to the cost of a surgery.

What’s more, women whose surgeries had been performed with the help of a robot were slightly more likely to have complications such as a bladder injury, bowel obstruction or excessive bleeding.

The study “really questions the utility of using robotic-assisted surgery,” says Dr. Jason Wright, the chief of gynecologic oncology at Columbia University and the lead author.  “More studies need to be done” he said, “before it’s accepted as the standard of care.”

The data didn’t offer any clue as to why the complications arose. But in the past two months, there have been reports of software glitches, battery malfunctions, and difficulties in seeing through the robotic system’s lens, according to the U.S. Food and Drug Administration’s Manufacturer and User Facility Device Experience database, which documents issues with medical devices. In some cases, these problems occurred after the patient had been put under anesthesia. Last year, the Associated Press reported “freak incidents” during which robots wouldn’t let go of tissue or accidentally hit patients on the operating table.

Wright’s study looked at nearly 90,000 women 18 years and older who’d gone under the knife between 2009 and 2012 to have ovaries or cysts removed, and compared the cost and safety of robotic surgeries to those which used laparoscopic methods.

It’s not the first time researchers have come to such conclusions. Wright’s team reported similar trends in a study of robot-assisted hysterectomies in 2012.  Some researchers also have voiced concern about possible underreporting of complications resulting from robotic surgery.

Despite the extra cost and complications, the researchers found that the use of robots for these kinds of procedures is on the rise. Just 3.5 percent of all ovary removals were done with the help of robots in 2009, the year following the introduction of robot-assisted surgery into billing codes. By 2012, that had risen to 15 percent. For cyst removals, the trends are similar. In 2009, 2.4 percent involved robots. By 2012, it was 12.9 percent.

The increased use of robotic surgery was more pronounced in the western and southern parts of the country and among insured patients, according to the study. From the data, the researchers couldn’t reach any conclusions as to why.

Because the database measured hospital costs, the study provides insights into how the rise in robotic surgeries might affect hospitals’ bottom lines.

“The big take-home point is that from a hospital’s perspective, it’s much, much, much more expensive,”  Wright said. That could mean that hospitals could start to think twice about using the technology, especially when complications and readmissions are factored in. With the Affordable Care Act, there is an increased focus on outcomes, and reimbursements are starting to reflect that.

Analyzing more recent data will be important for hospitals, which are penalized for readmissions under the nation’s health law.

In the meantime, the findings highlight the need for more regulation of robotics in health care settings because of the complications and costs,  according to Ryan Calo, a law professor at the University of Washington who was not involved in the study.

“Hospitals and the government need to be experts at assessing when something is going to be ready for prime time,” said Calo, who recently authored a Brookings Institute report calling for a government agency to oversee robotics. “Robotics and software will do wonders for healthcare. I absolutely believe that to be the case, but I just don’t know when.”

Robotics has been of interest because in other industries, such as manufacturing and retail, it has helped bring down costs.  In health care, however, the advent of new technologies hasn’t always accomplished that, experts say.

A recent report by the Robert Wood Johnson Foundation found that the “dominant driver” of long-term health care costs in the U.S. was medical technology. That’s because there are “few requirements that effectiveness be demonstrated before technologies are used broadly.”

To be sure, some studies suggest that robotic surgery is beneficial in certain situations, but researchers say those benefits can sometimes be hyped.

Until better standards are set in place, Wright said, “Patients need to understand the risks and benefits of different procedures… The newest, most high-tech thing that’s available isn’t necessarily the best.”