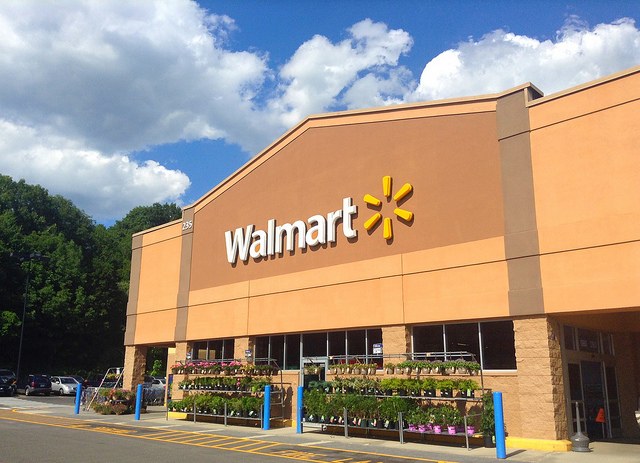 The world’s largest retailer plans to work with DirectHealth.com, an online health insurance comparison site and agency, to allow shoppers to compare coverage options and enroll in Medicare plans or the public exchange plans created under the Affordable Care Act.

The strategy is another step into insurance marketing as the retailer tries to use its mammoth size to expand beyond food and other basics at a time of sluggish traffic and sales. It also could help Wal-Mart compete with drugstore chains such as Walgreen and CVS, which are rapidly adding health care services.

Customers can enroll online, by phone or at 2,700 of Wal-Mart’s more than 4,000 stores, starting Oct. 10. The stores will be staffed with independent insurance agents from DirectHealth.com.

In April, Wal-Mart teamed up with Autoinsurance.com to let shoppers quickly find and buy insurance policies online. DirectHealth.com and Autoinsurance.com are owned and operated by Tranzutary Insurance Solutions LLC, a subsidiary of Tranzact of Fort Lee, New Jersey, which set up Tranzutary specifically to work with Wal-Mart.

Wal-Mart won’t receive commissions on health coverage sales and hopes to benefit partly by luring customers into stores. DirectHealth is absorbing most of the costs to operate the program, Labeed Diab, senior vice president and president of Wal-Mart’s health and wellness division, told The Associated Press.

Wal-Mart plans to launch a TV, radio and in-store promotions campaign this month.

Since 2005, Wal-Mart has hosted health insurance agents from individual insurers in stores to field questions and enroll customers. But Diab said that with the Affordable Care Act, shoppers found the search for coverage more complicated.

He cited outside research that shows that more than 60 percent of people have difficulty understanding their health insurance options and nearly 40 percent feel they picked the wrong plan after enrollment.

“We saw a greater need to bring more transparency and simplicity,” Diab said. He noted the strategy is also part of Wal-Mart’s strategy to build business in wellness and health care. But he also is counting on the program to bring more customers to the store.

As part of Wal-Mart’s expansion into health care, it is testing 11 health care clinics run by Wal-Mart itself that offer primary care such as health screenings and management of chronic conditions like diabetes. That’s different from its 100 leased health care clinics in its stores that focus on basic services like flu shots.

The health insurance program works this way: For customers over 65, DirectHealth.com offers access to more than 1,700 plans from 12 carriers including Aetna, Cigna, Humana and UnitedHealthcare during the Medicare open enrollment period from Oct. 15 through Dec. 7.

For customers under age 65, DirectHeath.com offers access to thousands of health exchange plans from more than 300 carriers. That open enrollment period is Nov. 15 to Feb. 15.