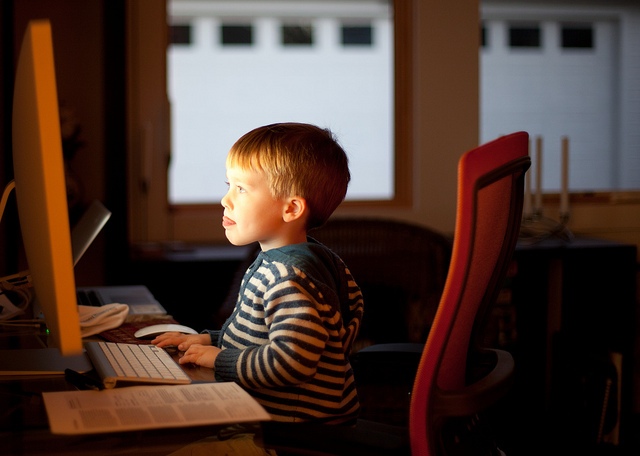 Video games are here to stay, so it’s time to embrace them as a viable, legitimate educational tool.

No one is suggesting that first-person shooter games are going to improve math scores or reading comprehension.  But an emerging industry of educational tools masked as creative, complex and more serious video games is proving to positively affect behavior in youth.

“Serious games can serve as educational tools that allow interactive and simulated role playing and provide a platform for realistic and engaging environments for skill building,” says Lynn E. Fiellin, MD, Associate Professor of Medicine at the Yale. “Specially designed video games can have a positive influence on cognitions and actions related to health and have the potential to be used as measures of actual behaviors outside gameplay,” Fiellin writes in the current issue of Pediatrics.

Further testing is still required to determine the success of certain popular video game efforts. “Although studies have produced some encouraging results regarding the energy costs involved in playing active video-console games,” said Amanda J. Daley, PhD, in an earlier research paper, “the energy costs of playing the authentic versions of activity-based video games are substantially larger, highlighting that active gaming is no substitute for real sports and activities.”

However, according to Dr. Fiellin, a certain group of serious video games focused on children’s health is proving to be valuable. One such game is called Re-Mission, which helps kids learn about cancer and how to fight, manage and beat the disease.  “Each game puts players inside the human body to fight cancer with an arsenal of weapons and super-powers, like chemotherapy, antibiotics and the body’s natural defenses. The game play parallels real-world strategies used to successfully destroy cancer and win,” according to the Re-Mission website.

“Researchers demonstrated improvements in knowledge, self-efficacy, and adherence to chemotherapy among those who played Re-Mission in comparison with a control group,” said Dr. Fiellin, who points out that games are also great for behavior development.

“There is compelling evidence that people who acquire new information, motivation, and behavioral skills in a virtual environment and subsequently practice these behaviors in a virtual reality game are more likely to act in accordance with the new skills in real life,” Fiellin said.

One group at the forefront of educational video game development is Sesame Street.  While some may snicker at the thought of Big Bird leading the way to a vital technology category, remember that Sesame Street was a groundbreaking effort in television and created an empire of educational programming.

“All app developers should look at Sesame Street’s research because they are effectively training the next generation of computer users how to interact with computer systems, according to an article in Forbes. Sesame Street, which does extensive testing on their apps before and after launch, is more likely than other developers to address “serious problems affecting children, such as divorce, incarcerated parents, and the stresses on parents who are military veterans returning with mental and physical problems.”

According to Dr. Fiellin, 97 percent of youth play some form of video games.  “The role video games may play for good as they increasingly pervade the landscape of youth demonstrates the need to examine them fully for their potential for wider-scale and higher-impact promotion of health and well-being.”