About 80 People In Texas Being Monitored For Ebola 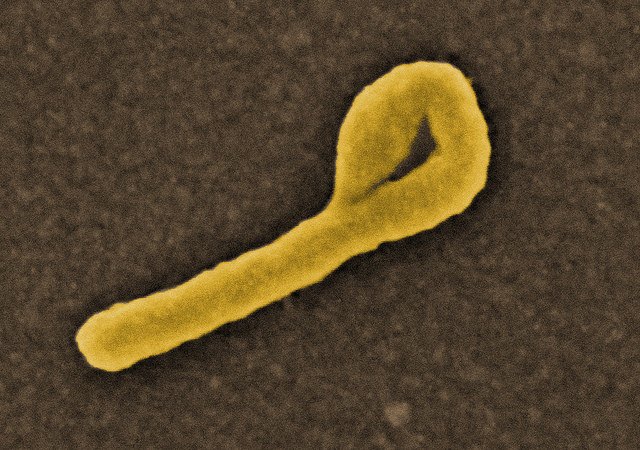 DALLAS — About 80 people are now being monitored for symptoms of Ebola in Texas, a Dallas County Health and Human Services spokeswoman said Thursday.

The people being monitored are the 12 to 18 people who first came into contact with the infected man, as well as others those initial people had contact with, spokeswoman Erikka Neroes said.

“The number of people who are now part of the contact investigation has grown to more than 80,” she said.

Neroes was unable to specify how those initial 12 to 18 people — which federal health officials have said include three members of the ambulance crew that took the infected man to the hospital, as well as a handful of schoolchildren — came in contact with the larger group.

She also could not provide specifics about the ages of those being monitored. None are showing symptoms, she said, and health officials have told them to monitor their own conditions in the coming weeks.

Health officials are focusing on containment in trying to stem the possibility of the Ebola virus spreading beyond Thomas Eric Duncan, who traveled from Liberia to Dallas to visit relatives and fell ill on Sept. 24. His sister, Mai Wureh, identified Duncan as the infected man in an interview with The Associated Press.

A Dallas emergency room sent Duncan home last week, even though he told a nurse that he had been in disease-ravaged West Africa. The decision by Texas Health Presbyterian Hospital to release Duncan could have put others at risk of exposure to Ebola before the man went back to the ER a couple of days later when his condition worsened.

“That’s how we’re going to break the chain of transmission, and that’s where our focus has to be,” Dr. Tom Frieden, director of the Centers for Disease Control and Prevention, told The Associated Press on Wednesday.

The CDC reminded health care providers to ask patients with symptoms if they’ve traveled recently. The American College of Emergency Physicians planned to alert its members as well.

The patient explained to a nurse last Thursday that he was visiting the U.S. from Africa, but that information was not widely shared, said Dr. Mark Lester, who works for the hospital’s parent company.

“Regretfully, that information was not fully communicated” throughout the medical team, Lester said. Instead, the man was diagnosed with a low-risk infection and sent home.

He was prescribed antibiotics, Wureh said.

Texas Health Presbyterian Hospital is reviewing how the situation would have been handled if all staff had been aware of the man’s circumstances.

“(Hospital officials) told me that is something they are looking into,” hospital spokeswoman Candace White said.

David Wright, regional director of the U.S. Centers for Medicare & Medicaid Services, wouldn’t say if the hospital was under investigation. Wright said that in cases they do handle, federal investigators examine if a hospital complied with a “reasonable physician standard” in deciding whether to admit a patient with a potential medical emergency.

“It really comes down to whether the hospital did the proper screening … or not,” he said.

Duncan has been kept in isolation at the hospital since Sunday. He was listed in serious but stable condition.

Hospital epidemiologist Dr. Edward Goodman said the patient had a fever and abdominal pain during his first ER visit, not the riskier symptoms of vomiting and diarrhea.

But the diagnosis, and the hospital’s slip-up, highlighted the wider threat of Ebola, even far from Africa.

“The scrutiny just needs to be higher now,” said Dr. Rade Vukmir, a spokesman for the American College of Emergency Physicians.

Ebola is believed to have sickened more than 7,100 people in West Africa and killed more than 3,300, according to the World Health Organization. Liberia is one of the three countries hit hardest in the epidemic, along with Sierra Leone and Guinea.

In Texas, neither the ambulance crew nor the children showed any symptoms and were being monitored at home. It was not clear how Duncan knew the children, but his sister said he had been visiting with family, including two nephews.

Ebola symptoms can include fever, muscle pain, vomiting and bleeding, and can appear as long as 21 days after exposure to the virus. The disease is not contagious until symptoms begin. It spreads only by close contact with an infected person’s bodily fluids.

The man left Liberia on Sept. 19, flying from Brussels to Dulles Airport near Washington. He then boarded a flight for Dallas-Fort Worth, according to airlines, and arrived the next day.

The CDC sent a team to the airport in the Liberian capital, Monrovia, on Wednesday to make sure health officials there are screening passengers properly. All people traveling from the outbreak zone are supposed to be checked for fever and asked about their travel history before being allowed to leave. Plastic buckets filled with chlorinated water for hand-washing are present throughout the airport.

“There were no signs of any disease when the gentleman boarded the flight,” said Dr. Tom Kenyon, director of the CDC’s Center for Global Health. “This was not a failure of the screening process at the airport.”

Since the man had no symptoms on the plane, the CDC stressed there is no risk to his fellow passengers.

Tests designed to detect the virus in the bloodstream are not typically performed on people who don’t yet have symptoms, because tests done too early may miss the diagnosis, Frieden said.

Hospitals have been on the lookout: The CDC has received 94 inquiries from states about illnesses that initially were suspected to be Ebola, but after taking travel histories and doing some other work, most were ruled out. Of the 13 people who actually underwent testing, only one — the Dallas patient — tested positive.

The Dallas apartment complex where Duncan was believed to be staying was cordoned off Wednesday, and the management was turning away visitors. TV cameras lined the fence of the parking lot, and at least one helicopter hovered overhead.

Four American aid workers who became infected in West Africa have been flown back to the U.S. for treatment after they became sick. Three have recovered.

Associated Press writers Nomaan Merchant and Paul J. Weber in Dallas and Emily Schmall in Fort Worth; Jonathan Paye-Layleh in Monrovia, Liberia; Juergen Baetz in Brussels; Lauran Neergard and Matt Small in Washington, D.C.; and researcher Rhonda Shafner in New York contributed to this report. (Photo by NIAID via Flickr)

Dallas doctors ebola health Texas U.S. 2014-10-02
Physicians News
Share
Previous What Happens After Hearing “You Have Breast Cancer”
Next Gov’t Website for Doctor Payments Not Quite Up to Snuff