Breaking News
Home / Medical News / When Do You Want To Die?

When Do You Want To Die? 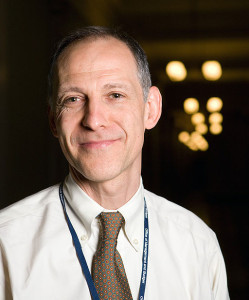 When do you want to die? Would you rather pass before illness and age take over your life or do you want to be the last one standing?  It’s a grim, but topical and important, discussion now that one of the nation’s most prominent physicians has declared his magic number.

Ezekiel Emanuel, the director of the Clinical Bioethics Department at the U.S. National Institutes of Health and head of the Department of Medical Ethics & Health Policy at the University of Pennsylvania, wants to die when he’s 75 years old.  Period.

“By the time I reach 75, I will have lived a complete life,” Emanuel says in an essay published in The Atlantic. “I will have loved and been loved. My children will be grown and in the midst of their own rich lives. I will have seen my grandchildren born and beginning their lives. I will have pursued my life’s projects and made whatever contributions, important or not, I am going to make. And hopefully, I will not have too many mental and physical limitations.”

It’s that last part that leads Emanuel to choose 75 for his perfect, desired year of passing.  “A simple truth that many of us seem to resist: living too long is also a loss. It renders many of us, if not disabled, then faltering and declining,” he says.

Emanuel questions “compression of morbidity,” a theory proposed in 1980 by James Fries, a professor of medicine at Stanford University School of Medicine, that states “if the age at the onset of the first chronic infirmity can be postponed more rapidly than the age of death, then the lifetime illness burden may be compressed into a shorter period of time nearer to the age of death.”

In other words: living longer, healthier lives will result in less illness. The compression of morbidity “promises a kind of fountain of youth until the ever-receding time of death,” according to Emanuel. “But over recent decades, increases in longevity seem to have been accompanied by increases in disability—not decreases.”

Emanuel used as an example the health of his father.  At age 76, the elder Emanuel suffered a heart attack “which led to a cardiac catheterization and ultimately a bypass. Since then, he has not been the same. Once the prototype of a hyperactive Emanuel, suddenly his walking, his talking, his humor got slower. Today he can swim, read the newspaper, needle his kids on the phone, and still live with my mother in their own house. But everything seems sluggish. Although he didn’t die from the heart attack, no one would say he is living a vibrant life.”

Reaction to the article has been critical and emotional.

“Ezekiel Emanuel did a remarkable thing: he created discourse. He made everybody start to talk about this,” said CBS News medical contributor Dr. David Agus. But he disagrees with the premise. “It’s a very exciting time for medicine. I throw out the arbitrary age of 75 because I think we can all live much longer.”

Cardiologist and lawyer Brant S. Mittler wrote a counterpoint on MedPage Today in which he said, “My reaction to Zeke’s article is one of disgust and outrage. Even if he is the smartest guy in the room, he’s dumb when it comes to understanding what the average person wants. How dare he claim to know that someone over age 75 who walks slowly, has some memory lapses, and has some medical disabilities and limited resources doesn’t deserve to enjoy music, sunsets, or the company of children and grandchildren?”

The questions raised by Emanuel are valid.  At what point in life have we reached a point where burden exceeds benefit? “The deadline also forces each of us to ask whether our consumption is worth our contribution,” he says.

For the record, if you’re in the area when it happens, Emanuel has “a do-not-resuscitate order and a complete advance directive indicating no ventilators, dialysis, surgery, antibiotics, or any other medication—nothing except palliative care even if I am conscious but not mentally competent.”

(Photo by By Samuel Masinter via Wikimedia Commons)