CVS Partners Up With Doctors and Hospitals 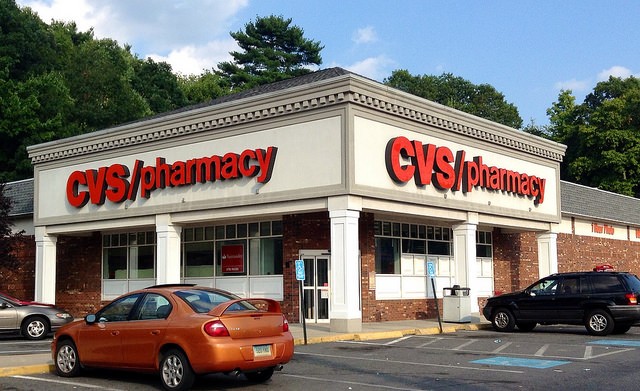 Neglected to pick up your prescription? Now, there’s a good chance your doctor will know and do something about it, thanks to a slew of new partnerships between CVS Health and various health systems.

One of the most recent, which is slated to begin by early next year, will integrate the electronic medical records from MedStar Health’s 10 hospitals and 4,000 doctors – located in Washington, D.C. and Maryland — with CVS pharmacies as well as the chain’s 900 Minute Clinics located across the country.

It makes coordination easier, said Bob Gilbert, MedStar’s president of ambulatory services. When someone gets care at a pharmacy or retail clinic, it will be entered in the patient’s MedStar records for the doctor to see. If a MedStar patient receives CVS service in another state, practitioners there will still be able to see the patient’s records.

Counting the MedStar partnership, CVS now has 41 such health-system agreements in place, with the last nine encompassing the retailers’ pharmacies. CVS hopes the other existing arrangements – which linked the systems with the Minute Clinics — will follow this course.

The move underscores a larger push by retail pharmacies to expand their role in the health care market. CVS has the most physician partnerships, but competitor Walgreens is also associated with 20 health systems and has joined accountable care organizations – the care-giving coalitions created by the health law to control costs. Even stores like Wal-Mart and grocery companies such as Safeway, which features some in-store pharmacies, are looking to bolster ties with clinics and hospitals.

“There aren’t enough primary care physicians to treat enough chronic and routine care that patients need. Ergo, the market is responding,” said Christopher Kerns, managing director for research and insights at the Advisory Board Company, a health care consulting firm.

CVS – which itself operates more than 7,600 pharmacies with more than 800 clinics – now has relationships with between 300 and 350 hospitals in addition to clinics and physician groups, according to spokeswoman Christine Cramer, adding that the exact number is hard to quantify. These collaborations extend over 24 states plus the District of Columbia.

The agreements do not have any explicit financial element. “It’s purely a clinical collaboration,” said MedStar spokeswoman Ann Nichols.

But health system partnerships can still benefit a pharmacy company like CVS.

“When it comes to chronically ill patients, there’s now incentive [for physicians] to refer them to CVS” for day-to-day disease management, Kerns said. That can give a company a new stream of customers  and drive up pharmacy sales and in-store foot traffic.

Entering such partnerships can make sense for a hospital system, too. For instance, if different providers communicate well, they help reduce how often the chronically ill need to go to the hospital.

“It’s a way of being able to provide more care to more people, more conveniently and ideally at a lower cost,” Kearns added.

By reducing admissions and readmissions, for instance, hospitals can address one of their major budget challenges. In addition to paying for patient care itself – which can be costly if those patients have lower incomes and are uninsured – hospitals with high readmission rates can face financial penalties from the government through reductions in Medicare payments — as much as 3 percent of each Medicare payment per patient for an entire year starting in October. Across all penalized hospitals in the country, those reductions are expected to total around $330 million annually.

Retail clinics say they offer routine health services in a cheaper and more convenient setting than doctors’ offices, urgent care or emergency facilities. In ads, CVS boasts that the clinics are open seven days a week, with nurse practitioners giving physicals, vaccines, strep tests and other basic services. Most services cost less than $100. Clinics are often separated from pharmacies by a privacy screen.

“It really goes back to today’s health care consumers looking for care when they want it,” Gilbert said.

Much of the arrangement might remain invisible for a MedStar patient, said Patrick Gilligan, CVS’ senior vice president for system alliances.

But even if patients don’t see it directly, a stronger network between physicians, pharmacists and retail clinics is valuable, said Christine Alexander, 66, a MedStar patient who frequently gets basic health services and medication from her local Minute Clinic and CVS in Washington, D.C.

About 10 years ago, she said, health problems meant she had to take multiple kinds of medication, but “there wasn’t good communication, and I ended up taking way too many drugs that were interacting with each other.”

For patients with chronic conditions, “long term adherence is a big issue,” Gilligan.

But with this type of arrangement, pharmacists and nurse practitioners can more easily share information with doctors, providers can work in concert to encourage patients to stay on medication, Gilligan added.  “You tend to have a lot higher compliance rate,” Gilbert said.

In addition, because pharmacists see a patient’s entire drug regimen, they often notice the potential for drug interactions and other risks. When records are integrated, that information can more easily be transmitted to doctors, too.