FDA Tells Doctors To Watch Out For Fake Dugs 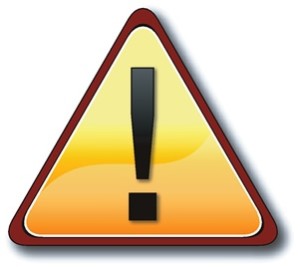 Federal prosecutors have recently uncovered rogue companies distributing foreign versions of Botox, fake cancer drugs and other unapproved or contaminated medicines in the U.S. Often those operations will entice physicians by faxing “too good to be true” flyers that offer 75 percent or more off pricey injectable drugs.

“They are targeting doctors and medical clinics and using these aggressive marketing tactics to offer medications at discount rates,” said Ilisa Bernstein, acting director of the Food and Drug Administration’s office of compliance.

Beginning Tuesday the FDA will push back with its own educational campaign, faxing flyers to physicians across the country on how to recognize bogus offers and counterfeit drugs.

“We’re fighting back with their own medicine,” Bernstein said.

One FDA flyer lists clues for spotting drugs that are not FDA-approved, including:

The agency recommends doctors and purchasing administrators only buy drugs from wholesale distributors licensed in their states. Under a new federal law, all wholesalers must be state-licensed by the beginning of 2015.

Counterfeit or foreign versions of drugs often enter the U.S. from overseas.

The World Health Organization estimates that global sales of medicines that are fake, contaminated or otherwise illegal total $430 billion a year.

In developing countries, up to 50 percent of the drug supply may be fake. That’s many times more than in developed countries, where most potentially dangerous fake drugs are sold through rogue Internet pharmacies.

But counterfeit drugs are increasingly getting into doctor’s offices, pharmacies and hospitals.

In the U.S., for example, three times since 2012 counterfeit versions of the Roche Group cancer drug Avastin have infiltrated the wholesale supply and been sold to cancer clinics and hospitals. An unknown amount of those fakes was administered to patients.

Last year, a Montana man pleaded guilty to failing to report that the company he previously owned, Montana Healthcare Solutions, was importing and distributing fake vials of Avastin.