Breaking News
Home / Finance / How Much Does An X-Ray Cost? Find Out In New Hampshire

How Much Does An X-Ray Cost? Find Out In New Hampshire 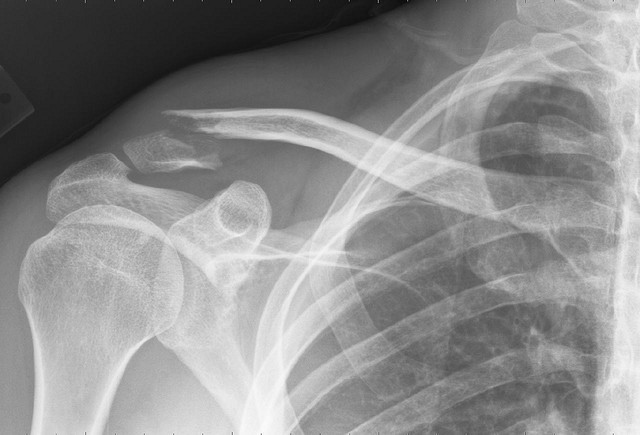 When Anthem Blue Cross Blue Shield became embroiled in a contract dispute with Exeter Hospital in N.H. in 2010, its negotiators came to the table armed with a new weapon: public data showing the hospital was one of the most expensive in the state for some services.

When the dust settled, the insurer had extracted $10 million in concessions from Exeter. The hospital “had to step back and change their behavior,” said health policy researcher Ha Tu, who studied the state’s efforts to make health care prices transparent.

New Hampshire is among 14 states that require insurers to report the rates they pay different health care providers —and one of just a handful that makes those prices available to consumers.  The theory is that if consumers know what different providers charge for medical services, they will become better shoppers and collectively save billions.

In most places, though, it’s difficult, if not impossible to find out how much you will be charged for medical care. And with more people enrolled in high-deductible insurance plans, there is a growing demand for accurate price information.

In response, some hospitals are putting some prices on their websites—usually list prices, which are much higher than what most people would actually pay. Some insurers also provide enrollees with cost estimates, while free websites, such as Healthcare Bluebook and Fair Health, offer some cost information.

Still, in many cases, the data is limited or is restricted to enrollees in specific health plans. That’s why business groups in almost two dozen additional states have sought laws to require insurers to report what they pay providers.

But even in New Hampshire, which pioneered price disclosure, it is not entirely clear what role those efforts have played in reducing health care spending or changing consumer behavior.

New Hampshire’s HealthCost website, which launched in 2007, shows median prices paid by insurers for 40 procedures, including emergency room visits, mammograms and outpatient knee surgeries. Prices are shown for every hospital, as well as for many freestanding surgical facilities and imaging centers, where patients go for tests such as X-rays.

For those with insurance, the website lists the potential cost to patients based on their plan deductible — as well as to their insurer. Outpatient knee surgery covered by an Anthem plan with a $1,000 deductible, for example, could cost $3,557 at the lowest-cost outpatient facility or as much as $8,962 at the most-expensive hospital, with the patient paying a portion ranging from $731 to $1,793.

Uninsured consumers can also see what they might pay, including any charity programs that might apply. That same surgery could cost an uninsured patient, who doesn’t benefit from the special rates negotiated with insurers, $6,782 to $17,426.

At the very least, many experts say price transparency efforts help consumers ask smarter questions on what their care might cost, said Rachel Verville, a vice president of the Elliott Health System in Manchester.

For example, many consumers don’t realize that a test performed in a hospital might cost two or three times more than in an outpatient facility or a doctor’s office.

But experts say that price information does not change consumer behavior by itself. In New Hampshire and other states, change occurred only when insurers or employers created financial disincentives for consumers who choose higher-priced providers for tests and elective procedures.

“What we found is transparency in the absence of some incentive to shop doesn’t get very far,” said Maribeth Shannon, a director at the California Healthcare Foundation, a nonprofit think tank.

For instance, the California Public Employee Retirement System, which covers more than 1.3 million employees and retirees, decided it would pay a maximum of $30,000 for joint replacement surgeries, listing 41 hospitals statewide that met that price.

Patients could choose to go to hospitals that charged more, but they would have to pay the price difference, which could run into thousands of dollars. Many consumers picked the lower-priced hospitals.

In 2009, Anthem rolled out plan in which patients who chose lower-cost labs or surgery centers got free lab tests – and out- of-pocket costs for surgery as low as $150, with no deductible.

If they went to the higher priced labs or hospitals, however, they had to pay their annual deductible, which in New Hampshire averages $3,000 a year, before their coverage kicked in.

Such plans have drawbacks for enrollees in sparsely populated areas, who may have to travel long distances to find a low-cost facility.

Nonetheless, that design is now standard for Anthem’s small business plans in New Hampshire, according to a report by researcher Tu for the California HealthCare Foundation.

What’s more, some hospitals came to Anthem seeking to be paid less so that they could be included among the low-cost providers, said Bob Noonan, also an Anthem regional vice president.

A similar discount program for consumers who use low- price facilities was soon offered by Harvard Pilgrim Health Care, another insurer in the state.

Both insurers say that in recent years, hospitals have sought smaller price increases than they had in the past and that overall medical inflation in the state has slowed— although neither attributes that primarily to price transparency.

Still, “that data was the first step,” said Beth Roberts, senior vice president at Harvard Pilgrim. “All that momentum and disclosure helped us have more effective contract negotiations.”

Whether New Hampshire’s experience would translate to other, more populous states is unclear.

Hospitals in smaller markets “really care what others in the community think of them, so that helps explain the pressure on Exeter,” said Tu, who works for the nonpartisan Mathematica Policy Research.

Moreover, cost information needs to be paired with information on the quality of care, if it is going to be really meaningful to consumers, she said.

Right now, none of the state websites providing price information to consumers include quality data, although those in Colorado and Maine link to other sites that provide that information.

There is another potential downside to transparency efforts: They can spur even struggling hospitals to cut prices, pushing them over the financial edge.

“They have to be prepared for some hospitals losing financial viability and going out of business,” Tu said.

And even with such efforts, consumers can still encounter roadblocks to choosing more cost-effective care.

Jo Porter, deputy director for the Institute for Health Policy and Practice at the University of New Hampshire, is the epitome of a well-informed consumer.

When her husband broke his toe last winter, and his doctor wrote a prescription for an X-ray at the local hospital, the couple checked the state website for prices. When they saw they could get it for $400 less at a nearby outpatient facility, that’s where they went.

But when a specialist asked for another X-ray six weeks later, the doctor’s computer would not allow him to write a prescription for that same facility. Eventually, the order was sent the old fashioned way, by fax.

“We not only have to get to place where consumers feel empowered to make these decisions,” Porter said, “but also one where the system works, too.”