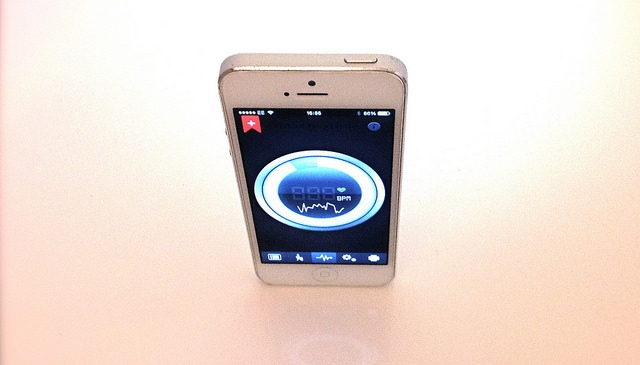 WASHINGTON (AP) — From Apple’s new smartwatch that tracks heartbeats to contact lenses that measure blood sugar — Silicon Valley is pouring billions into gadgets and apps designed to transform health care. But the tech giants that have famously disrupted so many industries are now facing their own unexpected disruption: regulation.

Google co-founder Sergey Brin recently expressed his frustration with the complex web of rules that govern the field.

“Health is just so heavily regulated,” Brin told industry executives in July. “It’s just a painful business to be in.”

Still, tech entrepreneurs are pumping money into efforts to reshape health care, a $2.7 trillion dollar market. Venture capital funding for companies in the digital health space surpassed $2.3 billion in the first half of 2014, more than the $1.9 billion raised in all of 2013, according to venture firm Rock Health.

But before tech companies can turn America’s smartphones into portable medical suites, they must meet the rigorous standards of the Food and Drug Administration, which has long been the gatekeeper to the U.S. health market. It’s not hard to find the source of the clash between freewheeling Palo Alto and buttoned-down Washington.

“This is a culture war,” says Steve Grossman, a longtime FDA consultant to companies. “Silicon Valley is used to just bringing their products straight to the market and any regulatory scheme that involves scrutiny and delay is alien to them.”

To be sure, tech companies have tussled with Washington before over issues like online privacy and intellectual property. But never before have companies had to submit products for review before they can launch.

Some experts say the process is so burdensome that tech entrepreneurs are shying away from the field altogether. “They look at the environment and the expenses and the cost of navigating it and just say, ‘To heck with it,'” says Colleen Klasmeier, an attorney who advises companies.

The FDA says it is uninterested in regulating the vast majority of the 24,000 medical apps available for download, most of which perform simple tasks like tracking calories or helping manage prescriptions.

But last year, the FDA said that it would start regulating apps and gadgets that collect or track medical information as medical devices. That means before a product can launch, the company must show that it provides safe, accurate information. For example, an app that uses an attachment to check for irregular heartbeats must go through the same FDA review process as a traditional heart monitor.

FDA stresses that its guidelines are “non-binding,” and that manufacturers should “engage in early collaboration meetings with the FDA” about how their technology will be regulated.

On Tuesday, Apple unveiled a “smartwatch” that measures users’ heart rate, calories burned and other healthmetrics, which can be further analyzed via the company’s HealthKit app. Google has developed a “smart” contact lens that monitors blood sugar levels for diabetics.

Google and Apple declined to be interviewed for this story, but a government memo outlining the FDA’s meeting with Apple last December shows the company pledged to “work closely with FDA as they develop future products.”

People who have spent time in Washington and Silicon Valley say the distance between the two worlds isn’t insurmountable. Bob Kocher of Palo Alto venture firm Venrock says tech companies are simply not in touch with the experts who know how to navigate regulation.

“The advice is harder to come by out here because they don’t know who to talk to,” says Kocher, who previously worked in the Obama White House.

A handful of startups have successfully brought their health technology to market by cooperating with regulators. The FDA has approved 100 medical apps, including 40 in the last two years.

Among them is Alivercor, which sells a hand-held device that attaches to a smartphone to detect dangerous heart rhythms. The company submitted its FDA application in August 2012 and received clearance four months later. The company’s CEO, Euan Thomson, says tech industry people exaggerate the difficulties of regulation because they don’t understand it.

“It’s not impossible to drive a car just because traffic is regulated,” Thomson says.

Even the most stubborn Silicon Valley companies are learning to speak FDA’s language. Genetic testing company 23andMe became the poster child for tech’s dysfunctional relationship with Washington last November, when the FDA ordered the company to stop selling its health tests.

In a warning letter, the FDA said despite “hundreds of email exchanges” the Google-backed company failed to demonstrate the effectiveness of its saliva-based kit, which claimed to tell customers if they were at risk for more than 250 health conditions and diseases.

Since then, 23andMe has brought in four new executives with experience in the drug and medical testing fields and submitted an FDA application for the first in a series of genetic health tests.

The company’s CEO, Anne Wojcicki — who is separated from her husband, Google’s Brin — compares the process of working in health care to doing business in a foreign country.

“You need to understand that language and the way that they do business there almost in the same way you would going into China or India,” she says.