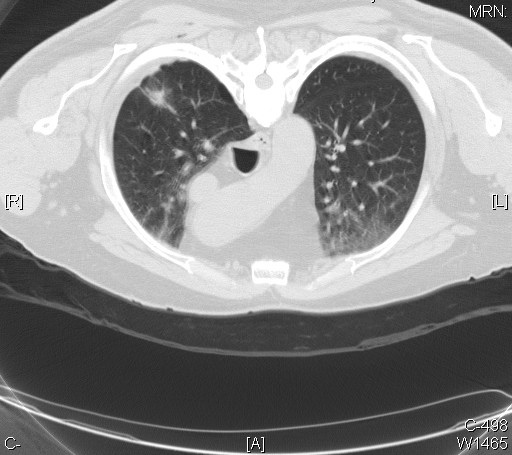 WASHINGTON (AP) — Some current or former heavy smokers may benefit from a new lung cancer test even if they’re 65 or older — although they experience more false alarms, suggests an analysis that comes as Medicare is debating whether to pay for the scans.

A major study released in 2011 showed that low-dose CT scans of the lungs of people at especially high risk because of heavy smoking can cut their chances of dying from lung cancer by 20 percent.

Based on that study, the U.S. Preventive Services Task Forces recently recommended the yearly test for people ages 55 to 80 who smoked a pack of cigarettes a day for 30 years, or the equivalent, such as two packs a day for 15 years.

Some analysts have questioned if the test really will benefit seniors. Only a quarter of participants in that original study were 65 or older, and no one over 76 got screened.

What if the scans were offered to older adults who, because of other health problems common with increasing age, couldn’t withstand cancer treatment if an early tumor were found? On the other hand, 70 percent of all lung cancer cases in the U.S. are diagnosed in people 65 or older.

So the National Cancer Institute’s Paul Pinsky and colleagues reanalyzed what happened to the older participants in that original study.

To prevent one lung cancer death required screening 245 seniors compared to 364 middle-aged people, those ages 55 to 64, the researchers reported Monday in Annals of Internal Medicine.

But screening tests come with trade-offs, such as false-alarms that require invasive follow-up tests to rule out cancer. The older participants had a somewhat higher rate of false-positive scans over three years of tests, 28 percent compared to 22 percent, the researchers reported.

As for those who really did have cancer, seniors were as likely to undergo surgery as the younger participants. The five-year survival from lung cancer: 67.5 percent for the under-65 crowd compared with 66.7 percent for 65- to 69-year-olds and 56.5 percent for those older than 70.

Because lung cancer isn’t the only health threat, researchers also tracked overall survival: Some 64 percent of the middle-aged group lived five years, compared with 60 percent of the 65- to 69-year-olds and 50 percent of those 70 and older.

The findings are reassuring that screening seems to involve similar trade-offs for older and middle-aged groups, said Dr. Michael Gould of Kaiser Permanente Southern California, who wasn’t involved in the reanalysis.

“Until there is new and direct evidence to the contrary, it does not seem reasonable to exclude persons aged 65 to 74 years from access to screening,” he wrote in an editorial in the journal.

Seniors who participated in the study were healthier than average, cautioned Pinsky. He said it’s important to monitor what happens to older adults as the tests are offered beyond the specialist centers that studied it.

“The main thing is, you don’t want to get screened if you’re not going to be able to benefit from it,” Pinsky said. “Certainly for the healthy subgroup of 65-plus, it seems like the harms are maybe just marginally greater than for a younger population, and in one sense you have a greater opportunity for absolute benefit.”