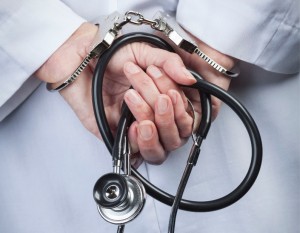 In their defense of the Second Amendment, the National Rifle Association (NRA) has managed to strip physicians of their First Amendment rights.

That’s the argument made by the ACLU, the American Medical Association, American Academy of Pediatrics, and a host of other medical societies in a brief filed last week with the U.S. Court of Appeals.  In the case of Wollschlaeger vs. Governor of Florida, physician Bernd Wollschlaeger challenged the Florida Firearm Owners Privacy Act (FOPA), which prohibits Florida doctors from asking patients if they own or possess firearms.

“The state equally could prohibit doctors from discussing with patients the health risks of smoking or eating too much red meat, no matter what the purpose of the legislation,” Wollschlaeger said in a separate brief.

The issue in this case is whether FOPA violates the First Amendment. The ACLU contends that FOPA, as currently ruled, “has essentially one purpose: to restrict physicians from communicating freely with their patients on issues relating to the ownership and possession of firearms,” according to the brief.  The enforcement of the act “will denigrate the practice of medicine.”

The ACLU said in the brief that “there is no disagreement within the medical community that providing patients with information about firearm safety is a valid aspect of preventative care and thus beneficial to public health.”

Former NRA president Marion Hammer offered as a solution that “physicians who genuinely wish to offer safety information can simply hand out firearms safety and safe storage brochures to all patients.”

The ACLU contends in their brief that the effects of this case could extend beyond guns:

In order to conclude that the Florida law was constitutional, the panel majority was compelled to — and did — determine that professional communications between physicians and patients should be subject only to rational-basis scrutiny.

The problem with that standard, according to the ACLU and adjoining medical societies, is who is ultimately responsible to determine rational scrutiny?  In this case, the NRA was dictating their beliefs on medical standards of practice.  How might that affect other groups when patients are asked of drug use or sexual activity or even privacy rights when patients are asked to disrobe for a physical exam?

“Physicians must know all pertinent facts before recommending a treatment option,” said the ACLU. “Without a sense of complete openness and mutual trust, the practice of medicine is compromised.”

The ACLU, et al, have asked the court to reconsider its ruling.  The brief can be read in its entirety here. 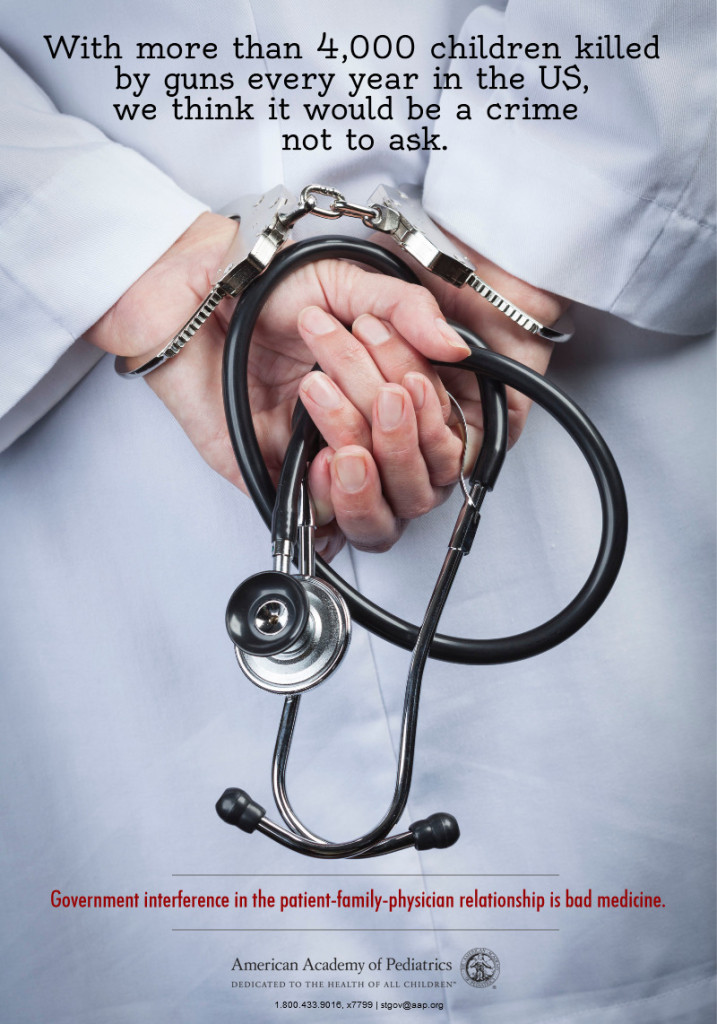