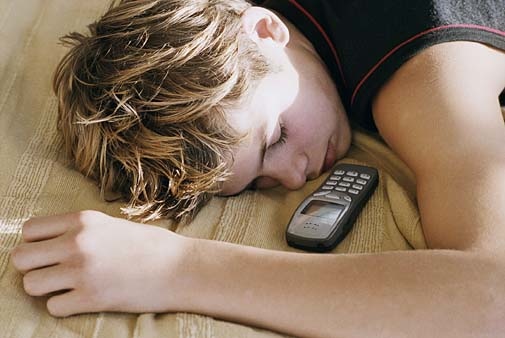 Have you ever wondered why elementary school students — who are awake and watching television by 6AM — don’t start school until 8:45AM while their older siblings — who would prefer to sleep til tomorrow — have to be in homeroom before 7AM?  Well, the American Academy of Pediatrics has questioned this time honored tradition and determined it’s time for a change.

What time is “optimal” for teens to begin learning?  8:30AM, at the earliest.

“The research is clear that adolescents who get enough sleep have a reduced risk of being overweight or suffering depression, are less likely to be involved in automobile accidents, and have better grades, higher standardized test scores and an overall better quality of life,” said lead author of the new policy statement, pediatrician Judith Owens, MD. “Chronic sleep loss in children and adolescents is one of the most common – and easily fixable – public health issues in the U.S. today.”

Researchers identified two biological factors as most influential to insufficient sleep in adolescents.  First, “delayed timing of nocturnal melatonin secretion across adolescence that parallels a shift in circadian phase preference from more “morning” type to more “evening” type, which consequently results in difficulty falling asleep at an earlier bedtime.”

Factor number two is “an altered ‘sleep drive’ across adolescence, in which the pressure to fall asleep accumulates more slowly,” they said, and “by a longer time to fall asleep after being awake for 14.5 to 18.5 hours.”

The less technical reasons for chronic sleep loss among teens include too many extracurricular activities, after school jobs and too much screen time including smartphones, computers, tablets, etc.

So what’s the solution? Here are a few recommendations:

But most of all, the AAP is directing its recommendation to school boards and district administrators.  Let them sleep, say the researchers.  Only 15 percent of U.S. middle and high schools begin later than 8:30AM.  The AAP says that start time is essential to achieving the 8.5-9.5 hours of sleep threshold.

“By advocating for later school start times for middle and high school students, the AAP is both promoting the compelling scientific evidence that supports school start time delay as an important public health measure, and providing support and encouragement to those school districts around the country contemplating that change,” said Dr. Owens.

This Physicians News story can be republished for free. (See details).
(Photo by husin.sani via Flickr)