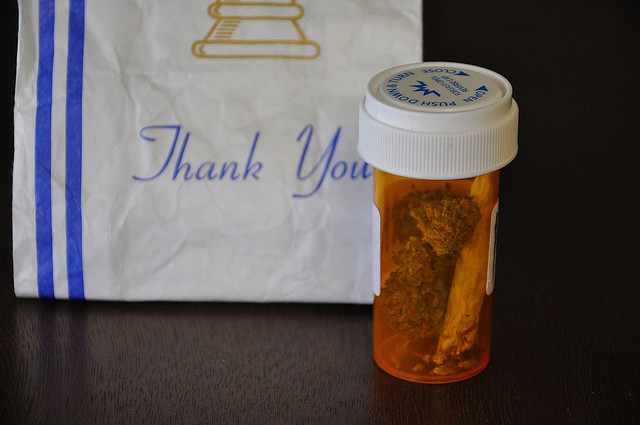 By Lucy J. Cairns, MD
Several factors have recently converged to make passage of a medical marijuana law in Pennsylvania a distinct possibility.

First, public opinion in the state is now overwhelmingly in favor of legalizing marijuana (cannabis sativa) for medical use.  Results of a Franklin and Marshall College poll in February 2013, indicated that 82 percent of Pennsylvanians favored allowing adults to use marijuana for medical purposes if recommended by a doctor.   On March 3, 2014, a Quinnipiac University poll showed support in Pennsylvania at 85 percent.  When analyzed by age, gender, and political orientation groups, a minimum of 78 percent in each group supported medical marijuana.  Editorials urging the passage of a medical marijuana law recently appeared in major news outlets throughout the state.

The second key factor is development of bipartisan support for such a law in the state legislature. Senator Mike Folmer (R-Lebanon) is a prime sponsor of SB 1182, titled the Governor Raymond Shafer Compassionate Use of Medical Cannabis Act.  The other sponsors at the time of this writing include one other Republican senator and nine Democrats (among whom is Senator Judy Schwank).  In the House, Rep. Jim Cox (R-Berks) will shortly be introducing HB 2182, which will be similar to the Senate bill but with updated language based on discussions with the Senate.  Sen. Folmer and Rep. Cox are both motivated by a desire to alleviate suffering on the part of patients with symptoms that cannot be relieved with currently available treatments.

In response to a request for comments for this article, Sen. Folmer provided a statement which included the following: “While the Pennsylvania Medical Society would like to wait for federal approval, there are Pennsylvania patients suffering and leaving Pennsylvania to seek medical treatment.  …  Senate Bill 1182 will provide safe access to patients in a medical environment.”  Rep. Cox explained his involvement in this effort by saying, in part, “I feel that it is our responsibility to address this as a means to help patients who are suffering with ailments whose symptoms cannot be relieved with conventional medications.  I feel that it is imperative that we move forward with the input and expertise of the medical community.”

Thus, a high percentage of Pennsylvanians would trust their doctors to prescribe marijuana for medical conditions, and momentum is building to pass legislation which would allow such prescriptions to be written.  How does this issue look from the other side of the prescription pad—to the physicians who would be faced with implementing such a law?  By an act of Congress– the Controlled Substances Act of 1970–marijuana was placed in the same category of drugs (Schedule I) as heroin: drugs with very high potential for abuse and addiction and no currently accepted medical use.  In contrast, cocaine and methamphetamine were placed in Schedule II, considered to have less potential for abuse and dependency than Schedule I drugs and known to have accepted medical use.  As long as this classification remains in effect, any physician who writes a prescription for marijuana risks federal prosecution and puts their career in jeopardy.  In addition, this classification has been an almost insurmountable hurdle to performing research on the potential medical benefits of products derived from cannabis.  Therefore, the evidence available to physicians on the safety and efficacy of medical marijuana products does not in most cases rise to the level of that available for drugs which have been approved by the FDA based on clinical trials.

Nevertheless, many physicians and other healthcare providers in states with medical marijuana laws do write prescriptions.  The reasons likely include the limitations of conventional medical treatments in alleviating suffering and treating certain diseases, the availability of some evidence for a beneficial effect from use of cannabis in certain conditions, and the perception that cannabis is a relatively safe drug compared to many FDA-approved medications.

In the interest of increasing public awareness of physician perspectives on this issue, and of stimulating involvement of the medical community in the shaping of public policy, a number of Berks County physicians were presented with a summary of SB 1182, which, among other things, would legalize prescription of medical marijuana products for a “debilitating medical condition” to include any of the following:

The bill specifies the marijuana products that would be licensed for production: cannabis flower (i.e. dried leaves, flowers, and seeds) and cannabis concentrate (i.e. extracted oil).  Patients with a valid ‘medical cannabis identification card’ could legally possess up to one ounce of cannabis flower or up to 3 ounces of cannabis concentrate.  The ID cards would be issued by a Medical Cannabis Board upon review of specified documentation from the patient and the prescribing medical professional.

SB 1182 defines “Medical Professionals” as: a physician, registered nurse practitioner, dentist, physician assistant, nurse midwife, psychiatrist, or other professional who is licensed under the laws of this Commonwealth and is permitted to prescribe Schedule III medication under the Controlled Substance, Drug Device, and Cosmetic Act.

The following comments were submitted by Berks County doctors:

It is well known among pain management physicians that there are few good options to treat nerve dysfunction (neuropathic) pain….The relevant literature suggests that cannabis can prove more effective in treating neuropathic pain than using higher dose opioids – all while incrementally decreasing the risk posed to patients.  Therefore, I am cautiously optimistic that cannibinoid products may help a certain subset of appropriately selected chronic pain patients.
The fact that the federal drug enforcement agency (DEA) still lists cannabis as a schedule I substance (i.e. no accepted medical use / high abuse potential) troubles me though.  Assuming Pennsylvania Senate Bill 1182 passes, I plan to educate myself more on the subject, focus on best practice consensus guidelines and be guided by the anesthesiology adage… start low and go slow… in my practice and for each patient that may receive a cannabis prescription with my DEA number on it.

If marijuana remained Schedule I, I would be unable to prescribe it because schedule 1 drugs can only be used for research with a dedicated license. As you are aware, Schedule I drugs are thought to have no current accepted medical use. That being said, I believe this is an unjustified and antiquated designation….It is pretty well known that marijuana is less addictive than heroin, cocaine, caffeine, alcohol and tobacco. So why isn’t tobacco a schedule I drug?

To be honest, I feel that medical practitioners are being used by those with social and economic agendas to help legalize this substance.   Also, if marijuana is legalized for “Medical Purposes,” it sends the incorrect message that this drug actually has medicinal value, and may be “good for you.” From a medical perspective, legalizing marijuana prior to having the drug proven to be safe and effective for the indications for which it is being promoted is working backwards compared to the usual regulatory process.  Marijuana should undergo the same scrutiny that other drugs go through prior to being allowed to be sold to consumers.

As an oncologist, I can see a very narrow niche for this agent in the rare patient who has neuropathic pain or anorexia not aided with currently available medications.  The patient would have to accept the significant side effects known to this class of drugs, alluded to above….I am also concerned about the fact that smoked marijuana has risks similar to those of inhaled tobacco, namely premature heart disease and cancer of the upper aero-digestive tract.  As a parent, I am concerned that the increased availability and permissiveness of this addicting substance will encourage use among teenagers and young adults, who are at increased risk for abuse and addiction as compared to older adults.

There are probably as many physician opinions on this subject as there are physicians in Berks County, but all share the core principles which guide the decision-making of ethical physicians.  The maxim to “first, do no harm” is inculcated into every medical student, and no drug prescription is written without a calculation of the risk of an adverse reaction relative to the risk of alternative treatments or no treatment for the problem at hand.  This is difficult enough when evidence from well-designed long-term clinical trials is available.  For at least some of the symptoms or disorders listed in SB 1182, the quality of available evidence is so poor that this calculation would better be characterized as a guess.  Further uncertainty is injected into this calculation by the fact that cannabis contains more than 400 chemicals from 18 chemical families, and that more than 2000 chemical compounds are released when it is smoked.  When you throw in the availability of different strains of cannabis, each with a different chemical profile, the reluctance of many physicians to prescribe “marijuana” without more research seems the only responsible position.

However, another core principle of medical practice is to use one’s knowledge and skills to alleviate suffering.  Indeed, the desire to relieve suffering is one of the most common motivations for pursuing a medical career.  Unfortunately, almost all physicians have the experience of caring for patients with debilitating conditions which cannot be effectively treated with currently available medication (or other treatment modalities).  If a medical marijuana law is enacted in Pennsylvania, physicians will have another treatment option which is likely to benefit some of these patients, with risks that seem to be no higher, and in some cases lower, than risks posed by a number of commonly-prescribed drugs.