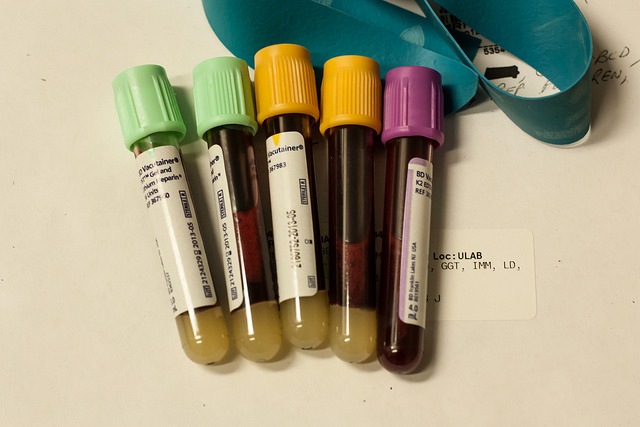 One California hospital charged $10 for a blood cholesterol test, while another hospital that ran the same test charged $10,169 — over 1,000 times more.

For another common blood test called a basic metabolic panel, the average hospital charge was $371, but prices ranged from a low of $35 to a high of $7,303, more than 200 times more.

Researchers said their analysis found no rational explanation for the stark variation in listed prices, though teaching hospitals and government hospitals generally set lower charges than other facilities.

“People say our health care system needs to be more marketplace-driven, but the charging system and payment system are irrational,” said Dr. Renee Hsia, the paper’s lead author, an associate professor of emergency medicine at University of California, San Francisco. “When people try to understand why prices are the way they are, we have no ability to explain it. That is the take-home message. That is what is so disturbing.”

“If you ask an automotive maker, they will know how much it costs to make a Honda. If you ask a hospital CEO how much an appendicitis admission costs, they will not be able to tell you. They have never been asked to determine prices that way.”

Officials with the California Hospital Association dismissed the report as irrelevant, saying that the vast majority of patients pay discounted rates that have been negotiated by their insurance plans.

“It is true that an uninsured person will receive a hospital bill based on charges,” she said, but California law requires the bill to “include text referencing the availability of free or discounted care to persons who meet income guidelines.” Those discounted fees must be based on what government programs pay for services, under California law, she said.

But researchers say the list prices are a starting point for negotiations with insurers and patients, so they play a role in driving up health-care costs.  Some uninsured patients, as well those with insurance who have gone out of network, may also be billed for the full charges.

But, she said, she did not expect to see so much variation on a single line item like a blood test.

“This was even more surprising to me,” Hsia said. “There is always some variation in patients, even among young healthy adults, and there are variations in physician practice. But these are very basic, standard blood tests. It doesn’t matter if you’re sick or not, a complete blood count is a complete blood count. You draw the blood, send it to the lab and put it in a machine.”

In addition, she said, patients are increasingly being asked to play a role in keeping health care costs down by being smart shoppers, but it is almost impossible to get prices of health care services in advance and comparison shop. The study’s findings suggest that price setting for many services is arbitrary, since there is little difference between standard blood tests done at different institutions.

While the disparities in charges for cholesterol tests were the most extreme, they were not an aberration. Charges for a complete blood cell count and a thyroid stimulating hormone assay ranged from as low as $20 in some hospitals to as much as $7,439 and $8,392, respectively.

The smallest discrepancy in charges was for a creatine kinase assay, often used to diagnose a heart attack; the lowest listed charge was $10 but some hospitals charged as much as $628.

The researchers obtained the hospital charges for blood tests from reports that non-federal hospitals in California are required to submit each year to the Office of Statewide Health Planning and Development.