Physicians At Risk Of Losing Rights To Recover Reimbursements 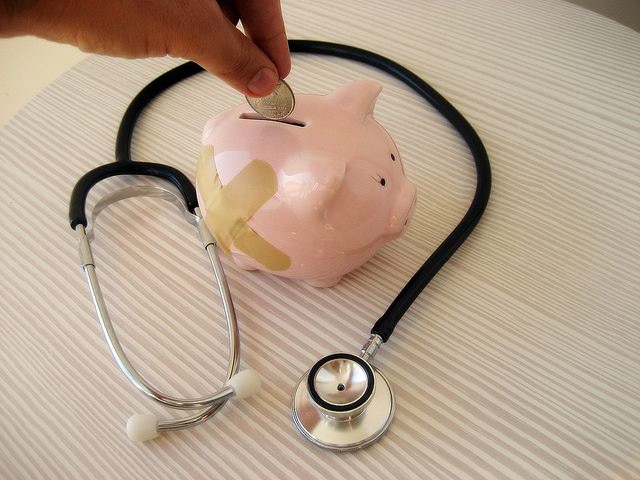 Recent New Jersey federal court rulings warn that providers may lose their legal rights to recover reimbursements under the Employee Retirement Income Security Act (“ERISA”) and State law if they fail to strengthen the current language in their assignment of benefit forms.  ERISA, an important weapon in the legal arsenal against insurers, permits providers to recover payments on behalf of patients or customers enrolled in most employee benefit plans.

Typically a single sheet of paper tucked among HIPAA releases and patient information questionnaires, the assignment of benefits form, easily overlooked by healthcare service and equipment providers, constitutes the foundation of a provider’s right to maintain legal actions — known as derivative lawsuits — for recovery of insurance benefits on behalf of their patients or customers.

New Jersey federal judges have ruled that the assignment of benefits form functions as a key, empowering providers to sue insurers through derivative ERISA, breach of contract, and business tort actions.  However, in the absence of adequate assignment language, these legal remedies are inaccessible to providers.

The United States District Court for the District of New Jersey over the last decade has issued numerous, often conflicting, decisions regarding the scope of an effective assignment of benefits.  Unfortunately, there is little clarity as to what constitutes valid assignment language because New Jersey federal judges prescribe to different standards.  The more lenient approach, embraced by some judges, is that an effective assignment need only transfer the right to recover payment directly from the insurer.

Other judges apply a more stringent standard; namely, that an assignment must explicitly transfer all of the patient’s rights and benefits under the subject insurance plan to permit a provider to maintain a derivative reimbursement action.  In order to bring a lawsuit under this strict formulation, a provider must forego balance billing the patient, and the patient must be prohibited from directly suing the insurer for the same claim.

A third group of judges apply a more moderate standard, staking a middle ground between the strict and lenient approaches.

A recent decision, however, set a floor as to the minimum permissible content for an assignment form.  Applying the lenient standard, the court held that a New Jersey Department of Banking and Insurance (“DOBI”)-issued “Consent to Representation in UM Appeals and Arbitration of Claims” form was not a valid assignment, and rejected an out-of-network provider’s attempt to sue an insurer under ERISA for denial of medically necessary and reasonable claims.  Because the DOBI “Consent to Representation” form makes no mention of direct payment to providers, the court found that it does not empower a provider to sue on a patient’s behalf.

However, a May 2014 ruling by the Third Circuit Court of Appeals may herald a shift away from the strict assignment standard applied by some New Jersey federal judges.  The Third Circuit, which trumps the District of New Jersey, for the first time held that “health care providers may obtain standing to sue by assignment from a plan participant.”  In so doing, it favorably referenced a ruling by a New Jersey judge applying the lenient assignment standard.  While the Third Circuit did not explicitly adopt this formulation in its May decision, the court’s election to approvingly cite the lenient standard rather than stricter formulations applied by judges of the six district courts over which it resides is a positive development for providers.

It remains to be seen, however, whether the Third Circuit will expressly endorse the concept, embraced by certain New Jersey judges, that providers may institute derivative actions without sacrificing their right to balance bill patients, and how lower courts will interpret the Third Circuit’s intent in its May 2014 ruling.

Even with an airtight assignment of benefits form, providers may still be required to overcome the additional obstacle to recovery imposed by the presence of an “anti-assignment clause” in the underlying policy.  Where an anti-assignment clause exists, a provider may demonstrate that an insurer waived its right to enforcement by implicitly or explicitly acknowledging the validity of the assignment.

In order to defeat an anti-assignment clause, it is important that providers maintain records of claims processing correspondence with insurers.  Past direct payments by an insurer to an out-of-network provider and/or a course of correspondence between the insurer and provider regarding the subject claim may support a conclusion that the insurer surrendered its right to enforce the anti-assignment clause.  To compile such evidence, a provider should maintain “claims activity logs” memorializing the subject matter and outcomes of billing communications, denials, appeals, and phone correspondence with insurers.

In order to preserve their legal right to maintain derivative reimbursement lawsuits against insurers, providers must be proactive.  In addition to undertaking immediate review of their assignment of benefits forms to ensure compliance with recently-articulated legal standards, providers also should implement a protocol to compile and maintain evidence of interactions with insurers regarding claims processing.