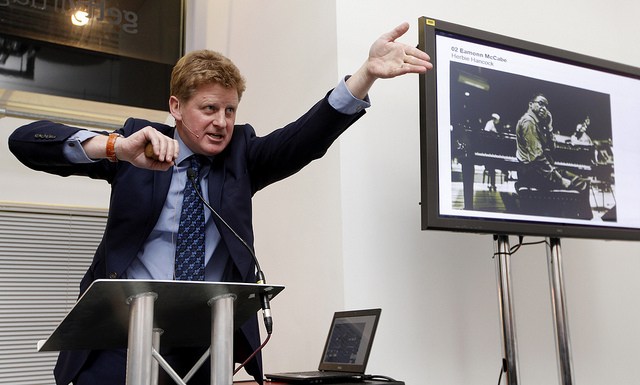 Francisco Velazco couldn’t wait any longer. For several years, the 35-year-old Seattle handyman had searched for an orthopedic surgeon who would reconstruct the torn ligament in his knee for a price he could afford.

Out of work because of the pain and unable to scrape together $15,000 – the cheapest option he could find in Seattle – Velazco turned to an unconventional and controversial option: an online medical auction site called Medibid, which largely operates outside the confines of traditional health insurance. The four-year-old online service links patients seeking non-emergency care with doctors and facilities that offer it, much the way Priceline unites travelers and hotels. Vetting doctors is left to prospective patients: Medibid does not verify credentials but requires doctors to submit their medical license number for patients to check.

Velazco paid $25 to post his request for knee surgery. A few days later, he had bids for the outpatient procedure from surgeons in New York, California and Virginia, including details about their expertise. After accepting the lowest bid — $7,500, a fee that covered anesthesia and related costs — he learned that his surgeon would be William T. Grant, a Charlottesville orthopedist.

A few weeks later, after several online discussions with Grant, Velazco arrived in Charlottesville, where he had rented a $50-a-night room and would spend two weeks recuperating. On Dec. 4, 2013, he underwent knee surgery, performed in an outpatient surgery center that Grant co-owns.

To Medibid founder Ralph Weber, a benefits consultant who said he left his native Canada for the United States in 2005 to escape “socialized health care,” using the Internet to arrange non-emergency medical care is long overdue. Americans, he says, are increasingly going online to book travel and even find a mate. Medibid enables them to strip away the opacity that surrounds health-care pricing, Weber maintains, where charges vary wildly even in the same market and can be nearly impossible for consumers to obtain.

“We introduce transparency and also competition,” said Weber, whose company is based in Murfreesboro, Tenn. “We are a disruptive innovation, a free-market alternative to Obamacare.” Weber said that about 120,000 consumers — Medibid calls them “seekers” — have used the service. Many are uninsured, holders of high-deductible plans or enrollees in faith-based plans, which have grown as a conservative alternative to the Affordable Care Act. Seekers are charged $25 for each request or about $60 for an unlimited number of requests per year.

Roughly 6,000 doctors or surgery centers and a handful of hospitals, most seeking patients from abroad, have registered as “bidders”; physicians pay a fee ranging from $50 to bid on one request to $250 to bid on many. Once a bid is accepted, Medibid bows out, and patients work out arrangements with the doctor. Many bids are a package deal, covering the facility fee, the surgeon’s charge and anesthesia services. Patients pay the bidder in full, upfront and in cash or by credit card.

But critics, who agree hospitals’ prices are too often inflated, arbitrary and opaque, express concerns about Medibid. They say the service provides little in the way of quality indicators for prospective patients, something hospitals convey by granting a doctor privileges and insurers do by accepting doctors on a plan’s roster. Surgery or procedures such as colonoscopies are typically performed in physician-owned outpatient centers, which are more lightly regulated than hospitals and have fewer safeguards for patients. Unlike hospitals, which are required to track infections, outpatient surgery centers are usually exempt from such reporting requirements. And complications are rarely covered under the terms of Medibid.

Medibid “is a phenomenon that is in part being spawned by the absurd, nonsensical and inexplicably unfathomable pricing of American health care,” said Arthur L. Caplan, head of the division of bioethics at NYU Langone Medical Center in New York. “Cheap sounds good, but in these auctions you’re not getting any information: Was the guy at the bottom of his class in medical school?”

“In the current world you buy the name — the institutional reputation of a doctor or hospital. Insurance companies or hospitals drop people who have high complication rates or costs due to errors, ” he added. “Medical care is not like buying a watch on the street or a hotel room online. The stakes are much, much higher.”

Marty Makary, an associate professor of surgery at Johns Hopkins Hospital and the author of “Unaccountable,” a 2012 book about hospital quality, agrees. “I have concerns about the lack of good metrics of quality,” he said. “How do you know what you’re getting?”

Weber says that consumers are competent to make such decisions without relying on a provider directory or the imprimatur of a hospital. “Is there anything that says the Internet is any worse than a Blue Cross directory?” he asked. “Once they choose a physician, we will send them the license number, and there are a bunch of third-party sites” that patients can use to check out a doctor. If a patient is dissatisfied with a doctor after accepting a bid but before surgery, Medibid will repost the query free of charge.

Oklahoma City anesthesiologist G. Keith Smith, co-owner of the Surgery Center of Oklahoma, was one of the first to sign up with Medibid, which dovetails with his “free-market” philosophy.

“We’ve been quoting prices for 17 years” to prospective patients, Smith said, “and posting them online for five.” About 125 of the center’s patients have come through Medibid, for procedures including hernia repair, gallbladder removal and knee replacement.

Although cost may be the initial lure, once prospective patients “look at our Web site and see it’s a beautiful, new, 40,000-square-foot facility, they’re sold,” he said.

So far, no patient has had a complication serious enough to require a transfer to a hospital. But, Smith adds, “If someone pays $3,000 for a hernia [repair] and goes home and develops a wound infection that costs them another $3,000, they’re still ahead.” Prices vary considerably, but the cost of a hernia repair averages about $7,900 or $9,700, depending on whether it is performed conventionally or laparoscopically, according to New Choice Health, a Florida-based company with a Web site that compares hospital charges. Some hospitals charge as much as $23,000.

Jeffrey M. Gallups, founder of one of the largest ear, nose and throat practices in the Southeast, said he recently signed up with Medibid because he believes the health-care law will make consumers more cost-conscious as a result of rising deductibles.

“I’m a firm believer that non-emergency medical care will be like any other commodity,” said Gallups, whose practice has 16 offices in the Atlanta area and two — soon to be three — surgery centers.

“We’re perfect for Medibid because we control the whole thing,” he said. “We have pathologists, anesthesiologists and surgeons.” His profit margin on Medibid cases — he has done only two surgeries so far but hopes to do more — is adequate, possibly “as little as 10 percent.”

“Hospitals provide a community benefit and are responsible for cases that can’t go to surgery centers,” he said. “Hospitals are providing things like shock-trauma units and emergency care services that have to be covered 24 hours a day, seven days a week.”

Peter LePort, a surgeon in Orange County, Calif., recently performed hernia surgery on a Medibid patient for $2,500. “Not billing insurance cuts out a huge amount of the cost,” LePort said. “I can literally make the same amount of money.” Of the $2,500 fee, which the patient charged to his credit card, LePort estimates that $1,200 to $1,400 went to the surgery center of which he is an owner, $400 to the anesthesiologist, while the remaining $600 to $800 was his surgical fee.

NYU’s Caplan says he worries about the lack of oversight in free-standing surgery centers. “Who is the peer review?” Caplan asked. “There is none. And it doesn’t take a lot of qualifications to open one.”

For Bill Lang, an engineer in Gainesville, Fla., who has a $2,500 annual deductible through a Blue Cross plan, using Medibid proved to be a boon.

Lang, 66, needed minor sinus surgery after an earlier procedure failed. His ENT told him the procedure would cost $3,000 and would be performed in a surgery center under anesthesia. Lang thought both the charge and the anesthetic were excessive and decided to try Medibid.

A few days after his request was posted, he received several bids and chose the lowest — an ENT in Tampa, a two-hour drive away. The doctor agreed to perform the operation in his office for $362 using a local anesthetic.

“The man was well-qualified, and I’d seen videos of this procedure on YouTube,” Lang said. “To me it’s a low-risk procedure.” Had he opted for the first choice, he said, he would have owed $2,600 out of pocket — his $2,500 deductible plus 20 percent of the remainder.

Francisco Velazco said his family thought he was crazy when he told them he planned to have major knee surgery 3,000 miles from home in Virginia, a place he’d never visited and where he knew no one. His mother, he said, begged him not to go and insisted they could borrow money for surgery in Seattle. But Velazco said he felt confident in the online approach; he sold his car to raise money and received help from relatives and an employer to pay Grant’s $7,500 fee and the additional $1,000 he spent on airfare, a bus ticket, lodging and other expenses.

Velazco flew from Seattle to Durham, N.C., where a cousin lives, and then took a six-hour bus ride to Charlottesville. A day or two before surgery he met Grant and underwent a pre-op physical.

The Charlottesville retiree from whom he rented a room via Airbnb, turned out to be a godsend: He drove Velazco to medical appointments and cooked him breakfast during the two weeks he recuperated.

Grant visited Velazco twice while he was recovering and helped arrange physical therapy. “This was my first Medibid case,” the surgeon said, “and I was certainly invested in wanting this to be a positive experience for everybody.”