This Is How VA Doctors Would Fix The VA 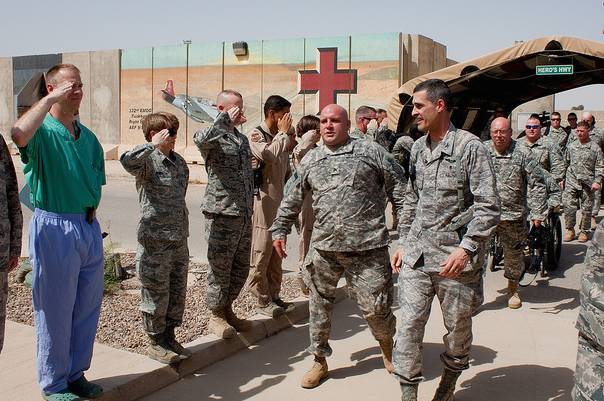 Now that Congress has passed a $17 billion bill to reform the V.A., the challenge now is to properly use those funds to improve care to our veterans.  The focus of recent problems has been on the politics of the Department of Veterans Affairs. But maybe it’s best to get a new business plan from the people who are actually responsible for providing the health care.

Three physicians from the V.A. published an article in the current Journal of the American Medical Association (JAMA) with recommendations to “improve the care of veterans, create a work environment more conducive to collaboration and teamwork, and develop a more streamlined health care delivery system.”

One of the most important improvements will be greater access to care.  The V.A. needs to concentrate on hiring more doctors.  In just the past three years, primary care appointments have increased by 50 percent.  However, the number of primary care physicians has increased only by nine percent.

The authors made a point to suggest that hiring physicians is different than hiring providers. “Although advocated by some, hiring nurse practitioners and physician assistants to replace primary care physicians may be an unwise strategy,” said the V.A. doctors. “This is not the time to test unproven and controversial solutions.”

Another recommendation is to improve the recruitment and retention system for V.A. physicians and employees.  The authors suggest that the V.A. must consider hiring doctors from outside of the V.A. system.  The V.A. “needs to implement changes to attract the best and brightest work force,” they said. “Currently, VA hospitals are viewed as second-tier facilities.”  In addition to offering higher salaries, the V.A. needs to match “its favorable benefit package and rich educational environment with an attractive work environment [to] allow the VA to obtain a quality work-force.”

And an antiquated human resource policy needs to be eliminated.  “The VA has a long history of minimizing terminations of ineffective and poorly performing employees by repeatedly shifting them to other departments,” according to the authors. “Instead, the employment of those who do not perform to a high standard should be terminated.”