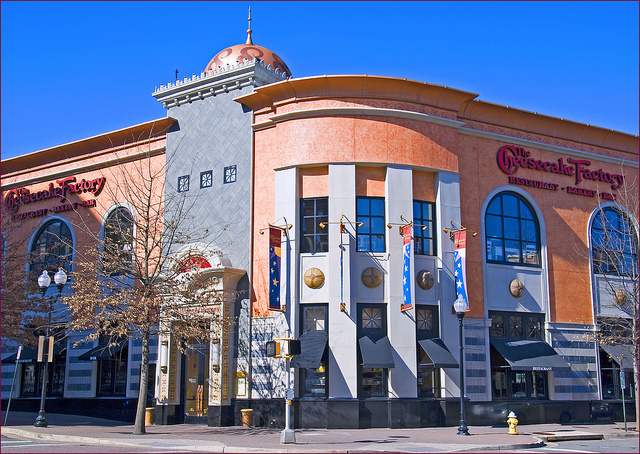 Take 14 slices of Aunt Jemima frozen Homestyle French Toast and stuff it with two and a half tubs of Kraft Philadelphia Original Cream Cheese.  Is this a recipe for a decadent eating contest where the winner gets a car and a free trip to the emergency room?

Nope.  It’s the Cheesecake Factory’s Bruléed French Toast, which also includes a side of bacon or ham for some artery clogging fun, and it’s a winner in this year’s Xtreme Eating Awards published by the Center for Science in the Public Interest (CSPI).  It’s not necessarily an honor to make this list.

“I was sick of winning that prize,” Cheesecake Factory founder and chief executive officer David M. Overton told the Wall Street Journal and said the chain reformulated several dishes after having been named to the list in the past.  However, they’re back again this year with three “awards” for the mantle.

“Mr. Overton may be tiring of the prize, but he’s certainly making sure that The Cheesecake Factory remains the most calorically extreme chain that we’ve seen,” said CSPI dietitian Paige Einstein.

The CSPI estimates for an active woman between 36-45 to consume 2,200 calories per day.  For men of that age, 2,800 calories.  The Bruléed French Toast has 2,780 calories and a full week’s worth of 93 grams of saturated fat.  But not to worry.  All you have to do to neutralize those calories, according to CSPI, is swim laps for seven consecutive hours.

If you’re still hungry for dessert, the Xtreme Eating Award goes to Cheesecake Factory’s Reese’s Peanut Butter Chocolate Cake Cheesecake, which is down to a slim 1,500 calories (from a high of 1,610) and just 43 grams of fat.  A quick four and a half hours of aerobics will zero out the treat.

Other restaurants and items on the 2014 Xtreme Eating Awards menu: