“The federal government should repeal the ban on marijuana.”

That’s the official opinion of The New York Times, which published on Sunday the first part of a series endorsing the legalization of pot. The Editorial Board concluded that “the evidence is overwhelming that addiction and dependence are relatively minor problems, especially compared with alcohol and tobacco.” However, it did acknowledge concerns about the effects of marijuana on a developing brain and, for that reason, the New York Times would continue “the prohibition of sales to people under 21.”

The debate on recreational pot is likely to continue.  Only two states — Washington and Colorado — have legalized marijuana for recreational use.  That fight will be harder to justify than the benefits of medical marijuana.

Nearly three-quarters of the United States have passed bills or are considering legislation regarding medical marijuana. U.S. Congressman Scott Perry (R-Pennsylvania) today introduced a bill for patients to have greater access to medical marijuana. The “Charlotte’s Web Medical Hemp Act of 2014” would amend the Controlled Substances Act to exempt plants containing less than 0.3 percent of THC, which is chemical responsible for the high associated with recreational pot.

“The bill proposes to exclude industrial hemp and cannabidiol (CBD) from the definition of marijuana, ensuring that children and individuals with epilepsy and other debilitating seizure disorders have access to life-changing Cannabidiol (CBD) Oil and therapeutic hemp,” according to the Realm of Caring, a non-profit organization formed by the Stanley family in Colorado to “to provide a better quality of life” through the use of concentrated medicinal cannabis oil.

The Charlotte’s Web strain of marijuana is named for seven-year-old Charlotte Figi, who suffers from Dravet Syndrome, a rare and catastrophic form of epilepsy. Charlotte was having up to 300 seizures per week, some of which would last for hours.  Her parents met the Stanley brothers, who had developed a strain of marijuana with minimal traces of THC and high levels of cannabidiol, which has been found to control seizures.

Charlotte’s seizures have been reduced to as few as two per month and the Stanley brothers have dubbed their strain “Charlotte’s Web.”

“Unfortunately, this plant and its derivatives and extracts are currently banned for medical use at the federal level and are unavailable to the citizens of Pennsylvania; this legislation would remedy that,” Rep. Perry said of his proposed legislation. “This bill in no way changes my stance on marijuana—I still disagree with the recreational use of marijuana; however, these children and individuals like them deserve a chance to lead a healthy and productive life and our government shouldn’t stand in the way.” 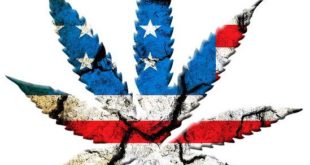