Doctors Slam Recertification Rules As A Waste Of Time 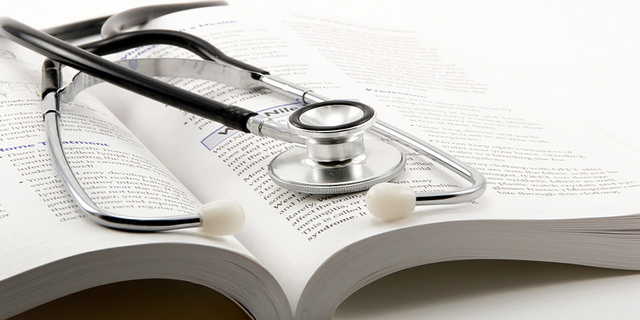 Many specialists are balking at what they say are onerous new rules to get recertified, warning the demands will force some physicians out of practice at a time when the nation faces a shortage.

Doctors say the new requirements have made maintaining specialty certifications a process that never ends. Younger doctors already retake the arduous certification exam every seven to 10 years to keep their credential, long considered the gold standard of expertise. But physicians of all ages must now complete a complex set of requirements every two to three years, or risk losing their certification.

Supporters contend the new process will ensure doctors incorporate the latest medical advances into their practices, but many critics dismiss it as meaningless, expensive and a waste of time.

More than 16,000 doctors have signed an online petition urging medical specialty boards to do away with the new requirements. Some older physicians – who were once board certified for life and exempted from the periodic exams — warn they may simply retire.

“I’m at an age where, if anybody does anything to force me to participate, I’d say ‘adios.’ I’d retire. It’s not worth it for me,” said Dr. Marc Frager, 65, of Boca Raton, Fla., who is board certified in internal medicine, nuclear medicine and endocrinology and cares for elderly patients, most of whom are on Medicare. “It should be a concern to the health care system. Who’s going to take care of the patients?”

Lisa Mancuso, a board-certified anesthesiologist in Hartsville, S.C., says the new rules will make it even harder to attract physicians to rural areas, especially if hospitals and insurers require the certifications.

“They have a hard enough time bringing younger, well qualified physicians to these rural areas, and if they tie maintenance of certification to hospital privileges, it will exacerbate the problem of not being able to attract specialists,” she said.

‘A Badge Of Quality’

The conflict comes at a time when the credentials are increasingly relied upon as a quality indicator. Many consumers check a physician’s board status before making appointments, and some medical centers and insurers require maintenance of certification for doctors seeking hospital privileges or entrée to their health insurance panels.

“Right now, for better or for worse, board certification is one of the best quality indicators we have,” said Leah Binder, president and CEO of The Leapfrog Group, an employer-based coalition that advocates for greater health care quality and safety.

If physicians want to improve the process, she said, they should appeal to their specialty boards, “but you can’t throw the baby out with the bathwater.”

Since its origins in 1933, board certification has always been voluntary, rather than a condition of licensure.  Most medical specialties granted certification for life until the 1980s; physicians took the exams only once, after completing their training.

Over time, most of the 24 specialty boards started requiring recertification every 7 or 10 years. In 2000, they adopted additional requirements. Earlier this year, those standards became even tougher for internal medicine and many other specialties with the transition to continuous maintenance of certification activities. This is in addition to fulfilling state licensing boards’ requirements for getting continuing medical education credits.

“Medical knowledge doubles every eight years, and having a process where a physician does something once in their professional lifetime or every 10 years just doesn’t seem to cover what physicians need to know to take care of their patients,” said Dr. Mira Irons, senior vice president for academic affairs at the American Board of Medical Specialties, the group that owns the certification program.

While the exams test knowledge, the new requirements are geared to ensuring that doctors integrate that knowledge into their practices.

‘None Of This Makes Me A Better Doctor’

Physicians may be asked to review patient charts to see how many of their diabetic patients are getting recommended eye exams or how many female patients had a mammogram recently. Or they may be required to have their patients fill out questionnaires, or to survey fellow physicians.

The efforts are time-consuming, and have earned the wrath of some doctors, who say they have not been shown to improve practice.

“From the day you enter medical school, they put certification up on a pedestal like it’s a holy grail, and you never doubt that it’s worth your time,” said Dr. Jonathan Weiss, 52, a physician in upstate New York who is board certified in three areas. “Now all of a sudden, doctors like me who have just done this without questioning it are saying, ‘Wait a second… None of this makes me a better doctor.’”

Physicians also complain about the cost of maintaining the credential, which is about $2000 every 10 years, not to mention the additional costs of test prep courses, materials and travel expenses, as well as the cost of having to close their practices when they take the test.

Of greatest concern to physicians is that state medical boards might incorporate the new rules into licensure requirements.

Dr. Humayun ‘Hank’ Chaudhry, the chief executive officer of the Federation of State Medical Boards, said the state licensing boards want to recognize the value of specialty certification. But he insisted that board certification will continue to be voluntary and not a condition of licensing.

Roughly 200,000 of the nation’s 878,000 medical doctors and osteopaths are not board certified and never have been.

“Why in the world would you unlicense 200,000 physicians when there is a shortage of physicians and difficulty with access to care?” he said. “It doesn’t make sense, and it’s not something we have a plan for.”

Still, those who are not board certified or are not renewing the certification would likely have to prove they are doing other things to stay current in their fields to maintain their licenses.

To date, the highest-profile pushback to the new rules has come from the Association of American Physicians and Surgeons, which last year sued the American Board of Medical Specialties, and accused the organization of restraint of trade.

It cited the case of John Eck, a 64-year-old family practice physician in New Jersey who lost his hospital privileges three years ago because he had not kept up his board certification in family medicine.

“I was getting the best continuing medical education through the New England Journal of Medicine, and taking two exams a year [to stay current with new medical information and practice guidelines] – more frequently than the Family Practice board exams would have been,” Eck said.

Several medical specialty societies (which are separate entities from the certifying boards) have also criticized the requirements. The American Association of Clinical Endocrinologists wrote that they have “no proven benefit to physician or patient,” and proposed its own alternative certificate for endocrinologists who engage in ongoing education.

Dr. Richard Baron, president and chief executive officer of the American Board of Internal Medicine, one of the largest certification groups, defends his group’s requirements.

In his own practice, he said, he learned through patient surveys that diabetics did not think he understood what it was like to live with the condition. “I really changed the way I talk to my patients.”

But he acknowledged doctors’ frustration and said the specialty group was looking to make its program “less burdensome.”

Still, he noted that physicians have little choice but to participate. “There is an increased expectation of professional accountability,” Baron said. “Payers, hospitals, health systems are all looking for a credential to figure out who’s keeping up [and] who’s not.”