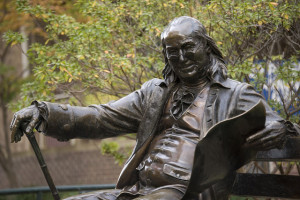 The worlds of medicine and business have been colliding for years.  Now, research has found a significant increase in physicians with MBAs as docs look to advance their careers in non-clinical roles.

Researchers from the Perelman School of Medicine and the Wharton School at the University of Pennsylvania found that “graduates with MD and MBA training report mostly positive attitudes towards their training’s impact on their career and professional lives,” according to a new study published in the journal Academic Medicine.

“A study published in 2009 found that among 6,500 hospitals in the United States, only 235 were run by physicians,” said lead author, Mitesh S. Patel, MD, MBA, Robert Wood Johnson Foundation Clinical Scholar at Penn.  Major changes to the health care system, particularly due to the Affordable Care Act, will require more administrators to have a greater understanding of medicine.  “Graduates with MD and MBA training could potentially fill this growing need within the sector.”

According to the 148 MD/MBA graduates included in the study, “the MD was more often reported as providing professional credibility, whereas the MBA was commonly reported as conveying leadership, management, and business skills.”  Recent graduates reported greater career acceleration as a benefit to the dual degree. Among those surveyed, the MD/MBAs who entered residency programs at the start of their careers had shifted to business and leadership positions later in life.  The three industry sectors with the largest increases were consulting or marketing, insurance or managed care, and nonprofit or philanthropy.

While the opportunities in health care administration will increase, less than 20% of respondents reported that hospital administration or provider organization was their primary work sector. Other areas of interest for the MD/MBAs included biotechnology, pharmaceuticals, medical devices, business start-up, venture capital and investment banking.

The full report is available here.