Healthiest State for Seniors? Not Hawaii, Not Florida…Minnesota! 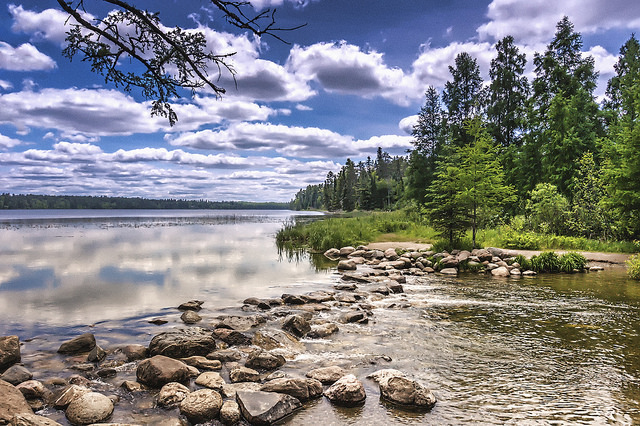 “Minnesota Nice” might be the key to good health for seniors.

America’s Health Rankings Senior Report rated Minnesota the healthiest state in the nation for adults aged 65 and over — beating out Hawaii. And that retiree and snowbird haven, Florida? It came in 28th.

What could put Minnesota, which just weathered arguably the harshest winter in the country, ahead of those sunny climes? Volunteering is one factor. Minnesotans do more of it and it plays a major role in senior vitality, according to Dr. Reed Tuckson, senior medical adviser to the UnitedHealth foundation, which funds the annual rankings.

“There’s a much better chance to be active, to be engaged, to be alive, to feel excited, to be inspired,” said Tuckson, “and therefore to have a good mental attitude.”

The report grades states on 34 individual measures ranging from the amount of physical activity to prescription drug coverage to flu vaccinations. New Hampshire, Vermont and Massachusetts round out the top 5 states.

Tuckson said Minnesota stands out in a number of key indicators beyond volunteering. Seniors in the state have the lowest prevalence of cognitive problems, and they visit the dentist often.

Seth Boffeli, spokesman for AARP Minnesota said the report underscores that decades of proactive efforts have paid off.  He says Minnesota was ahead of the curve in moving towards community-based living for seniors and away from institutionalized nursing home care, when possible.

“We saw early on that you could treat three people in the community for the same amount that it costs to put one person in nursing home,” Boffeli said.

But, when needed, the state’s nursing home quality also scored high, according to the report.

Another key indicator for Minnesota was a low rate of seniors facing “food insecurity” — a lack of access to sufficient and nutritious food.  “We have made real efforts to increase the number of seniors who are eligible … for the state’s food assistance program to actually enroll,” said Lucinda Jesson, state Human Services Commissioner.

The research is an effort to understand the major health problems that will arise as the senior population balloons due to the aging of baby boom generation.

florida hawaii health Minnesota minnesota nice seniors 2014-05-28
PhysiciansNews.com
Share
Previous ‘I Love Your DNA; Will You Marry Me?’
Next Why I Became A Primary Care Physician