Breaking News
Home / News Briefs / What Does National Doctors’ Day Mean To You?

What Does National Doctors’ Day Mean To You? 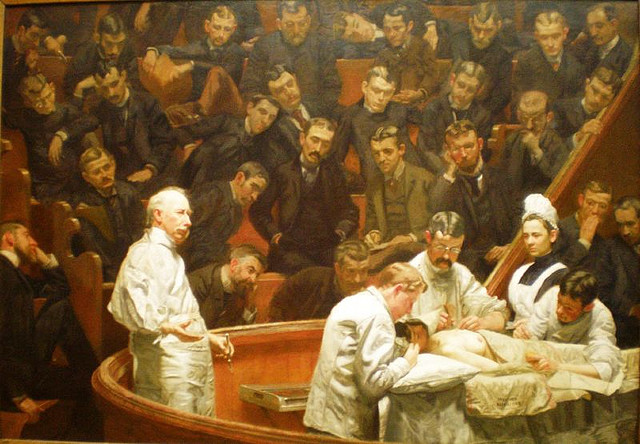 First observed in 1933, and formally designated in 1990 by President George H.W. Bush, National Doctors’ Day commemorates the date – March 30, 1842 – on which ether was first used as a surgical anesthetic.

Reflecting on the past and remembering how far the practice of medicine has come is the norm on such a day.

However, since this year the date falls not far before the federal government’s now mid-April deadline for citizens to purchase health insurance, Pennsylvania physicians are suggesting that instead of using National Doctors’ Day to look back on health care history, they should think about how the changing medical environment will impact the future.

“It’s almost ironic that shortly after National Doctors’ Day will prove to be one of the most historic time periods in regards to American health care expansion,” says Bruce MacLeod MD, president of the Pennsylvania Medical Society.  “There may not be time that day to reflect on the past since many of us will be thinking about what the next days, weeks, and months mean.”

According to Dr. MacLeod, while it’s exciting that more people will be insured, there’s no certainty on what the future will bring as a result of more Americans carrying health insurance.  Dr. MacLeod suggests several aspects of Gov. Corbett’s Healthy PA plan begin to play an important role.

“The cost of a medical education, particularly when combined with debt from undergraduate school, can be overwhelming,” Kramer says.  “When you’re graduating with that much debt, you’ll likely look for higher paying specialty jobs.  Unfortunately, primary care doesn’t have that same reputation, but combined with a loan forgiveness program, primary care becomes a bit more attractive.”

Kramer adds that more residency slots in Pennsylvania are also needed and would encourage more recent grads to stay in the state.

Gus Geraci, MD, chief medical officer at the Pennsylvania Medical Society, also notes that, looking forward, the use of technology is needed to enhance the delivery of care in underserved locations.  Dr. Geraci, who recently chaired Pennsylvania’s eHealth Initiative, suggests telemedicine is one aspect of Healthy PA needed sooner rather than later.

“It takes years to train a medical doctor,” he says.  “Until we can get more into underserved areas, telemedicine could bring the physician to those patients.”

Circling back to National Doctors’ Day, and its purpose, Dr. MacLeod concludes that the day does provide a good opportunity to remember the past even with the looming federal deadline, but the time has come to look forward.

“The improvements in medicine that we’ve seen since its early days are truly amazing and should be applauded,” he says.  “But it might be more exciting to think about the journey in front of us.”