The White House Battle of Doctors vs. Guns 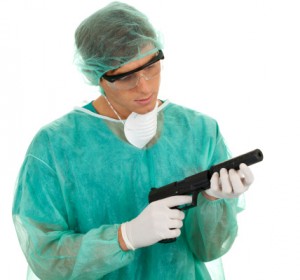 It appears as though guns will prove to be more powerful than the President of the United States in the battle for the nation’s doctor-in-chief.

The White House is considering a delay in the vote for President Obama’s nominee for Surgeon General or, perhaps, even pulling the plug altogether according to a report in the New York Times.

The National Rifle Association (NRA) has used its muscle to block Dr. Murthy and it seems to be working.  According to the Times:

Senate aides said Friday that as many as 10 Democrats are believed to be considering a vote against Dr. Murthy, who has voiced support for various gun control measures like an assault weapons ban, mandatory safety training and ammunition sales limits.

This is an election year and no one likes a good fight more than the NRA.  Likewise, no one seems to run away quite as quickly as Democrats up for re-election.

Last month, Sen. Rand Paul (R-Ky.) got the ball rolling with public announcement of his dislike for Dr. Murthy.  In a letter to Senate Majority Leader Reid (D-Nev.), Paul said he has “serious concerns about Dr. Murthy’s ability to impartially serve as ‘the Nation’s Doctor.'”  Sen. Paul said that “In his efforts to curtail Second Amendment rights, Dr. Murthy has continually referred to guns as a public health issue on par with heart disease and has diminished the role of mental health in gun violence.”

As for any potential vote on the nomination of Dr. Murthy, “the NRA has said it will ‘score’ any confirmation vote — meaning that voting yes would negatively affect a senator’s annual rating from the group,” according to the Times.  If the NRA was able to kill a gun-control bill shortly after the massacre at Sandy Hook Elementary School in Connecticut, then removing a potential Surgeon General with an anti-gun agenda should be fairly easy.