Doctor Says ADHD Does Not Exist 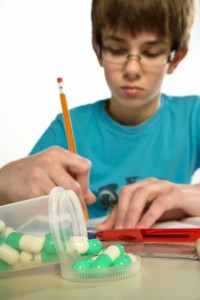 Even on a slow day, there’s probably news about ADHD.  Today, there are dozens of media reports regarding the use of stimulants in kids with Attention Deficit Hyperactivity Disorder and whether the treatment leads to obesity later in life.

But one physician has less popular but more interesting hypothesis:  ADHD does not exist.

“I’ve come to believe based on decades of treating patients that ADHD — as currently defined by the DSM and as it exists in the public imagination — does not exist,” said pediatric neurologist Richard Saul, MD, in a Time magazine editorial.

Dr. Saul believes that the modern medical community has become a bit too quick to diagnose ADHD.  In particular, he points to the failure by physicians to properly diagnose the underlying conditions that may explain attention problems in patients.

“In my view, there are two types of people who are diagnosed with ADHD: those who exhibit a normal level of distraction and impulsiveness, and those who have another condition or disorder that requires individual treatment,” wrote Dr. Saul.  He suggests that some of those underlying causes may be as simple as hearing or vision deficits.  Or, perhaps, boredom.

Dr. Saul once had a patient whose mother said her 4th grade son was getting in trouble for disrupting class.  When he learned that the boy was an excellent math student who had surpassed his class, Dr. Saul suggested the boy may just be acting out of boredom.  The boy was moved to a higher math class and the “attention deficit” issues quickly disappeared.

Even for the group of patients with legitimate ADHD problems, “once the original condition is found and treated, the ADHD symptoms go away,” Dr. Saul said in Time.

Dr. Saul is a fellow with the American Academy of Pediatrics and an associate fellow at the American Academy of neurology. He is an attending physician at NorthShore University Health System and Children’s Memorial Hospital in Chicago.  He’s been doing this for over 50 years.  This isn’t just someone looking for publicity.  Ok, maybe he wants to promote his theory, which is more thoroughly described in his book ADHD Does Not Exist.  But his views are just as valid, probably more so, than the headline grabbers that scare most parents into believing that something must be wrong.