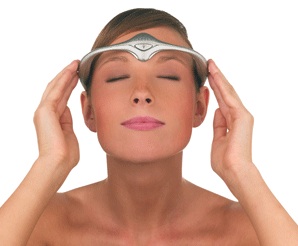 If you’ve ever experienced the throbbing, debilitating pain of a migraine headache, then relief may be on the way.

The Food and Drug Administration on Tuesday announced the approval of the Cefaly medical device as a preventative treatment for migraine sufferers.  Cefaly is a tiara shaped headband that is essentially a consumer version of a transcutaneous electrical nerve stimulation (TENS) device, which emits electric impulses to the nerve where migraine headaches start.

“Cefaly provides an alternative to medication for migraine prevention,” said Christy Foreman, a director at the FDA’s Center for Devices and Radiological Health. “This may help patients who cannot tolerate current migraine medications for preventing migraines or treating attacks.”

Migraine is a neurological disease that includes severe, recurring and intense pain on one or both sides of the head that can last from four to 72 hours when left untreated.  In a trial of migraine sufferers using Cefaly, over a third of patients had at least a 50 percent reduction in the number of migraine attacks per month than those who used a placebo device, according to a study published in the journal Neurology.

“Cefaly transmits extremely specific and perfectly adapted electrical impulses to safely stimulate the trigeminal nerve,” says the company.  Because the device increases the production of endorphins, “the trigger threshold of headaches or migraine pain is altered by partially blocking the entry of migraine pain into the nervous system.”

While more than half of the patients in the trial were satisfied with Cefaly and 26 percent noted significant therapeutic gain, the device did not completely prevent migraines nor did it reduce the intensity of migraines that continued to occur.