Doctors Ask For Ban On E-Cigarettes To Kids 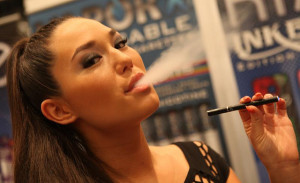 By Bruce A. MacLeod, MD and Allen Nussbaum, MD
Electronic cigarettes could be a “gateway” that introduces youth to smoking.
That’s what researchers from the Center for Tobacco Research and Education at the University of California, San Francisco, found when they studied middle and high school students and their use of electronic cigarettes. The study was published March 6, 2014, in JAMA Pediatrics.
Simply put, the use of e-cigarettes – which some also call vape pipes, vaping pens, e-hookahs, and hookah pens – may encourage our youth to also try tobacco. In fact, according to the study, those who said they had used an e-cig were six times more likely to try tobacco than those students who had never puffed electronically.
Nationally, we already have about 3 million students in high school or below smoking tobacco.  And, we know that the use of e-cigs among our youth is growing.  This is alarming particularly since nicotine – an addictive drug found in tobacco – is a key ingredient in an electronic cigarette.
Slick and aggressive marketing with glamorous and sexy images makes these devices look cool and attract the interest of our younger generations.
Furthermore, a variety of flavors including cherry, gummi bears, vanilla, and cookies and cream are available for the user. These flavors sound more like candy than tobacco.
We don’t need our teens being lured to products like this.  It could have a devastating impact on their future health.
Electronic cigarettes are not regulated.  It’s time for this to change.
Fortunately, some of our elected leaders in Harrisburg are concerned about teens getting their hands on electronic cigarettes, and Senate Bill 1055 would help prevent them from doing so.
The Pennsylvania Medical Society and the Pennsylvania Chapter of the American Academy of Pediatrics have a simple message to Harrisburg – pass legislation to keep electronic cigarettes out of the hands of kids.
###
Bruce A. MacLeod, MD, FACEP is President of the Pennsylvania Medical Society.  Allen Nussbaum, MD, FAAP is President of the Pennsylvania Chapter, American Academy of Pediatrics
(Photo by planetc1 via Flickr)
e-cigarettes kids smoking vape pipes vaping pens 2014-03-10
PhysiciansNews.com
Share
Previous Parents Distracted By Smartphones Ignore Their Kids
Next Doctors Are Not Good At Investing Their Money (Info-Graphic)