How Facebook Contributes to Eating Disorders in Women (VIDEO)

You probably won’t see this headline in your newsfeed: Using Facebook Leads to Risk of Eating Disorders.  That’s the finding of a study out of Florida State University, where researchers found that more time women spent browsing on Facebook led to a greater risk of developing an eating disorder.

“Facebook provides a fun way to stay connected with friends, but it also presents women with a new medium through which they are confronted by a thin ideal that impacts their risk for eating disorders,” said psychology Professor Pamela K. Keel, lead author of the study published in the International Journal of Eating Disorders.

Keel and colleagues recruited 960 college women and randomly assigned them either to use their own Facebook page for 20 minutes or spend that time researching the ocelot (a leopard found in the rainforest) on Wikipedia.  Over 95 percent of the participants had their own Facebook account and use the site for up to an hour per day. Keel wanted to see if “using Facebook caused changes in risk factors for eating disorders.”

This is the first study to show that spending time on Facebook actually contributes to the risk of eating disorders.  According to Keel, the media influences that traditionally have led to eating disorders have moved from the magazine bathing suit shots to “carefully curated photos” posted on Facebook.

Keel advises women to “consider what it is you are pursuing when you post on Facebook,” she said. “Try to remember that you are a whole person and not an object, so don’t display yourself as a commodity that then can be approved or not approved.” 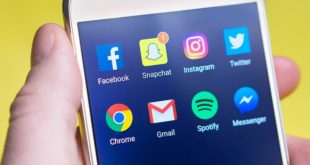