Gender Gap: Do Male or Female Physicians Do More Housework? 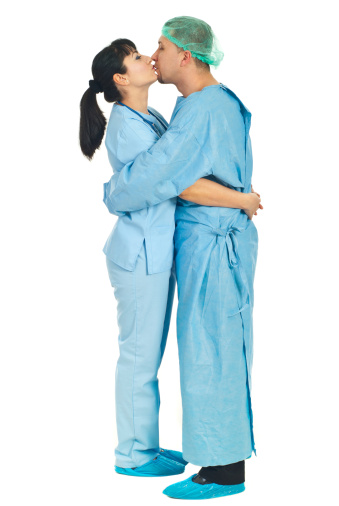 Seems like a chauvinistic question considering recent reports of gender equality and that we don’t live in the Mad Men reality.   However, a group of researchers from the University of Michigan set out to discover whether a division of domestic labor by gender exists specifically in a highly-motivated group of Generation X-aged physicians.

They found that female docs “spent 8.5 more hours per week on domestic activities,” according to the study published today in the Annals of Internal Medicine. The researchers focused their study on a specific subset of “physician-researchers who had received career development awards from the National Institutes of Health (NIH).”

There were several reasons the researchers focused on this academic group of physicians. First, these doctors are less constrained by time than other physicians who are more tied to a strict schedule of patient visits and surgeries.  Also, the men and women who choose an academic field do so because it “is intellectually engaging, it affords the opportunity for self-determination (to be one’s own boss), and it is the coin of the realm in academics,” said Molly Cooke, MD, of the University of California, San Francisco and author of an accompanying editorial.

The study found that men and women who were married/partnered with no kids had a similar division of household responsibilities.  However, once a child entered the picture, “married or partnered female physician-researchers with children reported spending 8.5 hours per week more on parenting or domestic activities than their male counterparts,” according to the authors.

Previous reports show men doing the most housework when they work in fields dominated by women.  NBC News reported that men spent slightly less than nine hours per week on domestic work “where women make up 75 percent or more of the labor pool” such as nursing or teaching.

Of the 1,055 physicians who participated in the physician study, 43.8 percent of female docs reported relying on themselves to complete domestic tasks compared to 25.2 percent of men.  Male physicians also reported that their spouses/partners did more work (60.2 vs. 32.4 percent).

The women “need to take some pressure off themselves,” said Dr. Cooke, who explained that the measure of success for women-physician in the workplace is not necessarily in the prestige or salary received, “but rather in the flexibility to balance career and family over a lifetime in a way that makes personal sense and achieves realistic goals in both arenas.”