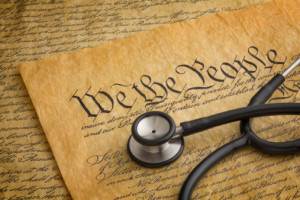 Restrictive covenants have been, and are becoming even more, important in physician and dental practices.  Like other businesses, health care providers are profit centers and have a significant interest in protecting their confidential information including patient lists, patient and referral relationships, and the practice’s investment in the training and development of their professionals.  In order to properly protect the business, practice groups entering into employment and/or partnership arrangements should have a clear understanding as to the purpose and scope of these provisions, as well as their enforceability.  Although the enforceability of restrictive covenants is governed by state law, clear guidelines have emerged as to when such contract provisions will be honored.

Restrictive covenants refer to contractual agreements that attempt to restrict an employee or owner’s post-employment activities so as to limit his/her ability to compete.  Restrictive covenants take various forms including non-compete, non-solicitation, and confidentiality agreements.  They are often signed in conjunction with physician employment contracts, or when a physician joins a practice group as an owner.  A non-compete agreement typically prohibits a doctor from competing against his or her former practice within a specific region for a specified amount of time after the relationship with the practice has ended.  Non-solicitation agreements typically restrict the manner and time during which a physician can solicit patients and/or employees of the practice following termination.  Confidentiality agreements are usually indefinite as to duration and restrict the employee/partner from disclosing confidential practice information.

In an effort to protect legitimate business interests, medical practices often employ a combination of contractual non-compete and related restrictions to prohibit physicians from leaving and setting up a competing practice nearby using information, training, and patient and referral contacts that were provided by the practice.  With the assurance that physicians will not leave and immediately take a portion of the employer’s patient base, medical groups can operate their practices with the knowledge that their patient and referral relationships are protected.

In states where restrictive covenants are not per se unlawful, courts must still ensure that the restrictions imposed are fair and enforceable.  In order to determine whether a restrictive covenant is fairly balanced, courts generally use a test of “reasonableness” based on the following factors: (1) does the restraint protect a legitimate interest of the employer? (2) does the restraint impose an undue hardship on the physician? and (3) is the restraint injurious to the public?  These factors assist a court in determining whether a restrictive covenant evenly balances the interests of the physician and the practice.  See Solari Industries, Inc. v. Malady, 264 A.2d 53, 56 (N.J. 1970); see also Hess v. Gebhard & Co., 808 A.2d 912, 917 (Pa. 2002); Johnson Controls, Inc. v. A.P.T. Critical Sys., Inc., 323 F. Supp.2d 525, 533 (S.D.N.Y. 2004).

In assessing whether the covenant protects a legitimate interest, courts will consider: (1) whether the employee became intimately acquainted with the employer’s business; and (2) the knowledge gained by the employee through employment.  As often arises with physicians, such knowledge includes reputation and skill.  BDO Seidman v. Hirshberg, 93 N.Y.2d 382, 392 (1999); Shepherd v. Pittsburgh Glass Works, LLC, 25 A.3d 1233, 1244 (Pa. Super. Ct. 2005); Coskey’s Television & Radio Sales & Serv. v. Foti, 602 A.2d 789, 794 (N.J. App. Div. 1992).  A practice also typically wishes to safeguard its investment in the professional training it provides its physicians, especially to physicians hired fresh out of residency with little or no prior experience in a private practice.

In order to determine whether the restriction imposes an “undue hardship” on the physician, courts consider the scope of the covenant, including the nature and duration of the restriction, as well as its geographical limitations.  In assessing this factor, courts often consider the “totality of the circumstances,” which includes whether a physician will be precluded from practicing medicine entirely.  Courts also consider the circumstances surrounding the physician’s departure and whether it was voluntary.  In some instances, a material breach by the practice may also relieve the physician of the restriction(s) altogether.  There is no bright line test as to what geographic and temporal limitations are unreasonable and will impose an undue hardship; however, each factor must be reasonable given the specific facts of the case.

In terms of geography, the covenant should be carefully planned to cover the area where practice patients are treated.  In a rural area, as well as among certain subspecialties, this can mean that covenants of 25 miles or greater may be acceptable.  In an urban area, and especially among less specialized physicians, a mile or less may be appropriate.  Distance is usually measured using the straight-line, “as the crow flies,” method used by surveyors, rather than by driving distance.  Kovacs v. Kaczorowski, 66 A.2d 900 (N.J. Ch. Div. 1949); Medical Wellness Assocs., P.C. v. Heithaus, 2001 WL 1112991 (Pa. Com. Pl. 2001).

An overly broad restrictive covenant can be injurious to the public and, in those instances, will be unenforceable.  For instance, when enforcement of the restrictive covenant will result in a dearth of physicians in a particular area, the restriction will not be enforced.  See Karlin v. Weinberg, 77 N.J. 408 (1978); Community Hospital Group v. More, Inc., 183 N.J. 36 (2005).  In one Pennsylvania case, the court ruled that a restrictive covenant, as applied, was unreasonable and against the public interest because the physician was the only perinatologist in the particular county, indicating that the area was underserved in the area of maternal fetal medicine.  WellSpan Health v. Bayliss, 869 A.2d 990 (Pa. Super. 2005).

Some states have specific statutes that address the enforceability of physician restrictive covenants.  See, e.g. Tex. Bus. & Comm. Code 15.50(b), which governs physician restrictive covenants contracted in Texas and requires compliance with the statute, or else the covenant is void.  Among other things, the statute requires that the physician have the right of access to a list of treated patients seen in the preceding year, and there must be a reasonable buy-out of the physician.  Similarly, Tenn. Code. Ann. § 63-6-204(f)(2) specifically provides that a Tennessee practice shall not restrict the physician’s right to practice medicine upon the termination or conclusion of the relationship unless certain exceptions and/or circumstances apply.  For example, the maximum area of the restrictions or prohibitions can only be the county in which the primary practice site is located or a 10 mile radius from the primary practice site (whichever is greater).

Practice group owners and managers must keep in mind that there is no one covenant that suits all practices and each covenant should be drafted carefully with the parties’ interests, and each state’s specific laws, in mind.  Practitioners seeking to enforce a restrictive covenant should tailor the provision to protect the group’s legitimate interests only, but not preclude the physician from working entirely.  They should keep in mind the nature of the physician’s practice; for example, is it hospital or office-based and is there a specialty involved?  Practice groups should also be prepared for physicians asked to sign such restrictive covenants to attempt to limit the situations in which the restrictive covenant applies.  For instance, physicians may seek to limit the covenant’s application if the physician is terminated without cause or the physician terminates for good reason and/or seeks compensation during the restricted period.  Finally, it is wise to have the physician acknowledge the reasonableness of the restriction.

While common in physician employment and ownership agreements, restrictive covenants are often taken for granted in a “one size fits all” approach.  To ensure enforceability and protect the group’s investment in its patients and professionals, in drafting these crucial provisions, medical groups should consult with local counsel and carefully consider the nature of the parties’ relationship and post-employment restrictions.

[1] Randi W. Kochman is Chair of the Employment Law Department of Cole, Schotz, Meisel, Forman & Leonard, P.A. where she counsels and represents management in a wide variety of employment law and litigation matters.  Lauren M. Manduke is an associate of the Firm and a member of the Department.